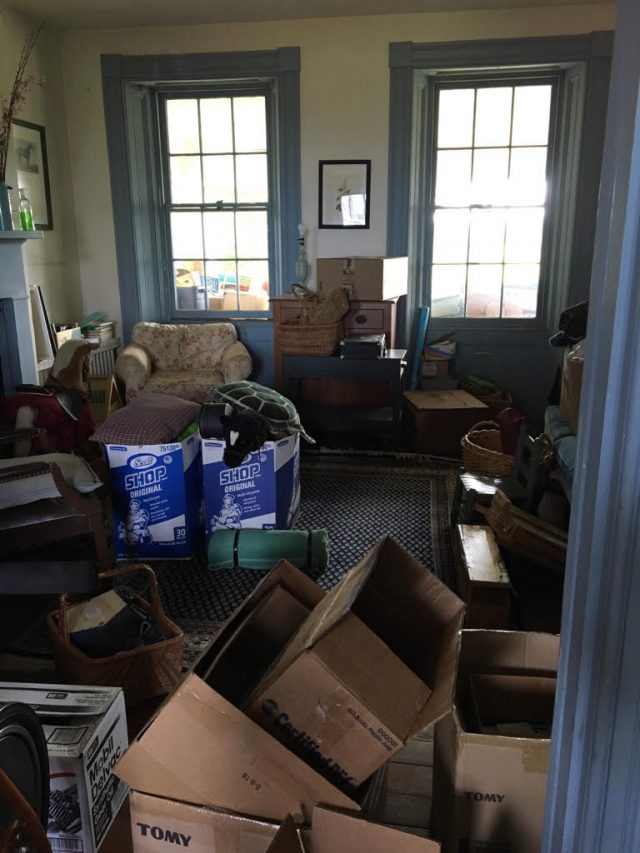 I thought moving might be like childbirth. A painful, sometimes long and drawn out experience, but once you get somewhat removed from it, your memory fogs and you actually begin to think that someday, down the road, you might be able to do it all over again.

When I think back on the past several weeks of moving–the endless, hillbilly, tiny load at a time in the back of a pick-up truck, no real deadline move we just went through, I still feel this big sob build in my chest. It’s also important that we install all our utilities prior to doing all the other stuff.  Thankfully, Regional Energy can help set up utiltiies in edmonton.

But let’s start with the good news.

We are here. And as of the final barn cat collection of “Maine” this morning–who lives in the woods most of the time only emerging for an early morning feeding on the back porch–all our possessions, animals, children, barn equipment, tools, fencing, loads of hay, books (oh the books!)….have all found some temporary holding place here at Waffle Hill Farm. 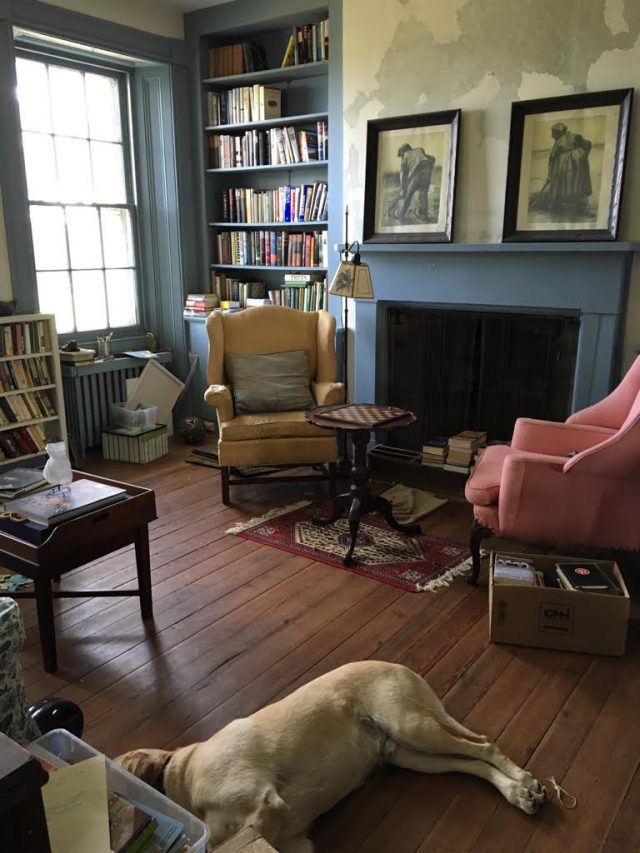 In an effort to save money we planned to pull out our sheep field fencing and move it to Waffle Hill Farm for our new sheep pasture. Our Amish friend and fencer would be coming at the end of the week. He called on Saturday of “crunch time weekend”, the weekend we were going to get ALL THE THINGS moved out of the house, even if it killed us. He said change of plans. He’d be there Monday morning. Suddenly Dan was dividing his time between packing truck loads and moving sofas, with pulling out fence staples, wrapping up fencing wire and digging up fence posts. At one point, he gave up. Even despite the gift of a friend showing up to help without us even needing to ask, it just wasn’t going to be possible. So, I called in for help. Help arrived in the form of my uncle, a skid loader, the right equipment and another pair of hands. We got the fence out. Just in time. But it was brutally hard work.

We didn’t get moved out as planned.

But we did move the beds. So at midnight that first night, I found myself both digging through boxes for sheets and pillows and pillowcases for completely dirty and exhausted children, and searching in the back yard for crickets.

We slept at Waffle Hill Farm.

And I was so grateful for another friend who gave me a few hours of bathroom cleaning and clothes sorting so that at least when I fell into bed that night, I knew where my toothbrush was and there was toilet paper on the roll.

But everything else–food, laundry, most of our clothes, and lots of stuff (all the important everyday life stuff you wait to move until the very end) was still at Woodlawn.

School was about to start for the girls. We were supposed to be moved in and mostly settled before school started.

Field Hockey started. So on top of trying to move by day (and by night) I was also needing to ferry a high schooler to field hockey practices, fill out multi-page health forms, school supply shop, shoe shop, try not to miss long-ago scheduled eye appointments and doctor’s appointments….and pack boxes, move stuff and live out of two houses at once.

Dan’s “vacation” days were over and he went back to work.

And he came home each night and worked again until he fell into bed at midnight. Or later.

And then the next weekend came.

But this weekend was dedicated to building a barn for the sheep. Because there was no space for them yet. The fence was up. But the shelter was missing. And two good guys from Dan’s tractor shop showed up to help. And in one weekend, we built a little barn.

But it wasn’t quite done. And it took another several days of after work hours to get it sheep ready. 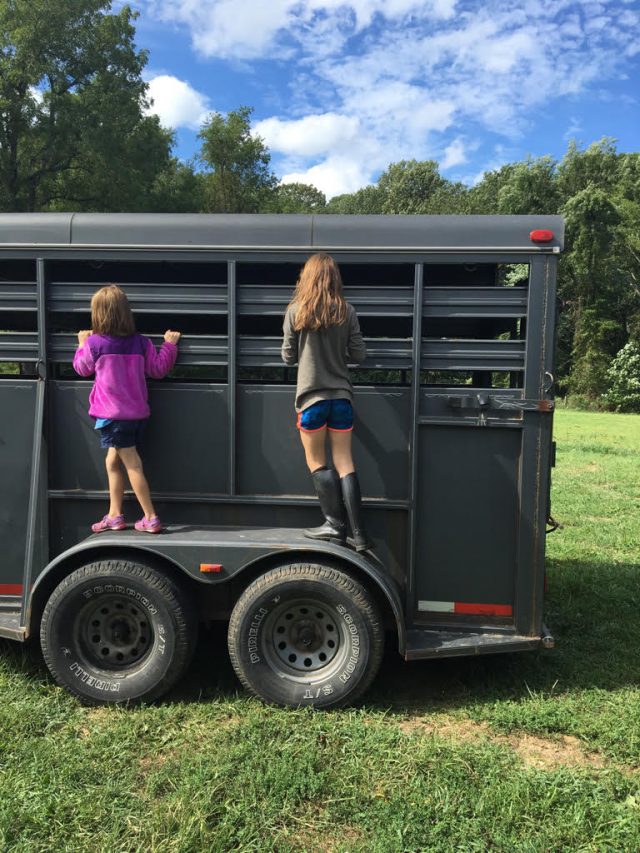 Then the sheep arrived. And I could look out my kitchen window and see my girls grazing on the hill.

But we still had a LOT of stuff to move. The “we’re almost done!” but really you’re not it’s going to take you a lot longer than you think” stuff.

It was the final weekend. The we’re going to REALLY get it done this weekend weekend. I called in for help again. Fresh energy arrived in the form of a good friend of Dan’s. And he gave that final push that we needed.

They got it done. It took full days and working until late into the night on Sunday evening but everything was finally, finally at Waffle Hill.

There are still some bumps. One step forward. Two steps back. Like the new refrigerator I bought from an outlet, with a no return policy, that was too big for it’s intended space because the salesgirl must have pulled up the measurements on a different model. Or the removal of the old washing machine that accidentally ripped apart old pipes. And after the repairing of pipes and installing of the washing machine (finally! yay!) the discovery that the wiring for the dryer was outdated. We’re still waiting on that one. Two steps back.

But we are here.

We are worn out. Beat down. Exhausted . Overwhelmed. Unable to find our favorite pair of jeans and the lid to the Vitamix. 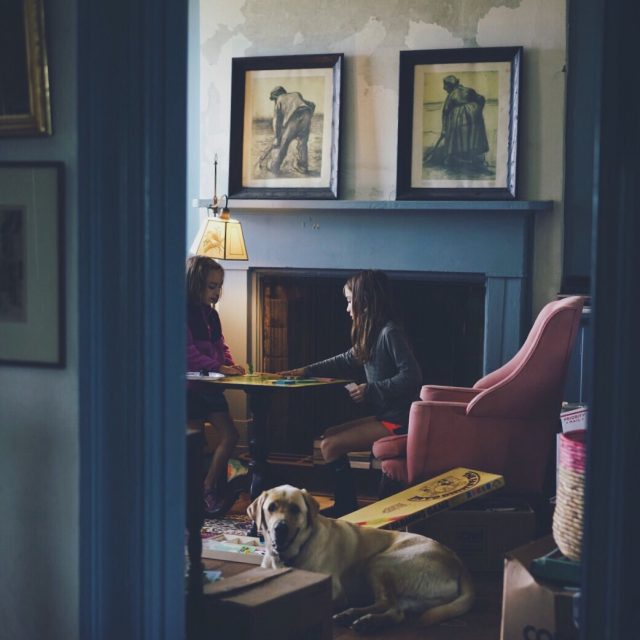 But exactly where we should be.

Our days are still filled with unpacking. And overwhelm that leads to spontaneous afternoon naps. And busy life that gets in the way of progress. But the clouds are lifting. And little corners are taking shape.