It’s been awhile since I’ve done a good round of farm notes, and since spring means lots of newness around here, it seemed like time for an update. Since I’m jumping in mid-week, we’ll do this update by species. But first, let’s start with a favorite moment from the other evening–the scene we came upon driving up the lane of my grandfather’s farm a few nights ago. My husband and grandpa could put in a lot of hours in this spot, I believe. 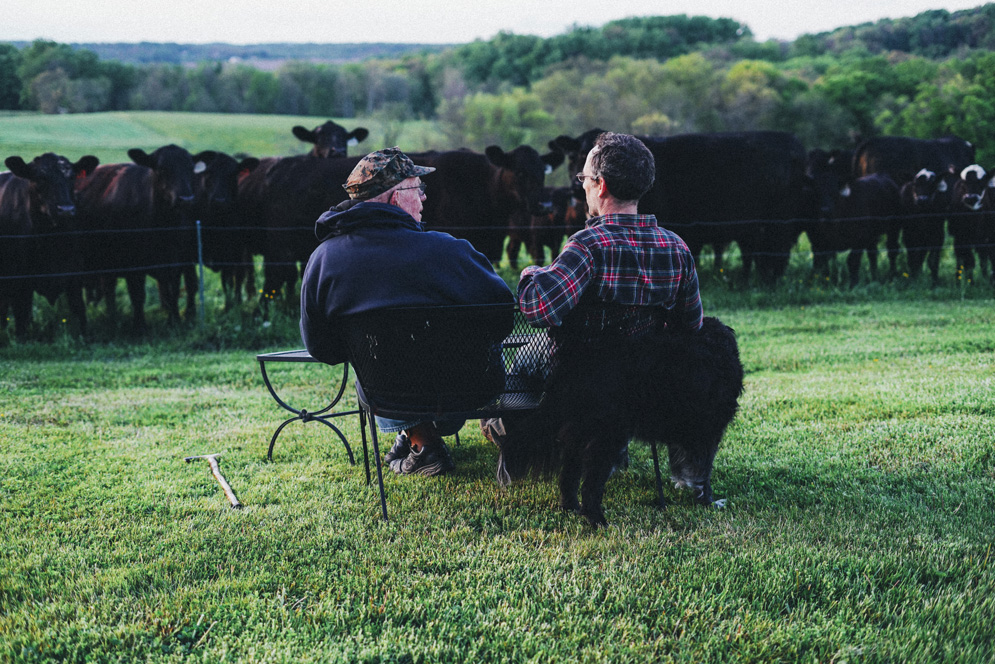 Sheep: The sheep population has increased at Woodlawn. Last month 3 new lambs arrived at the farm–Agnes, Nora and Burris. They’ll be the lambs the girls show in the fair this summer. And after many years of anxiously awaiting her turn, Elizabeth is now old enough to show. There’s one lamb for each of them–even though they’re allowed to show two each. But feeding these suckers is super expensive so for this year we’re keeping things simple. We’ve had them on halters a few times, trying to train them to walk calmly and eventually learn how to stand for a show. Right now teaching them to walk on the halter means a lot of leaping and flopping and bolting. We’ll get there. We’re in the “let’s be friends” stage of the relationship. The girls are spending a lot of time sitting on a stool in their pen, offering handfuls of hay and grain and getting to know each other. 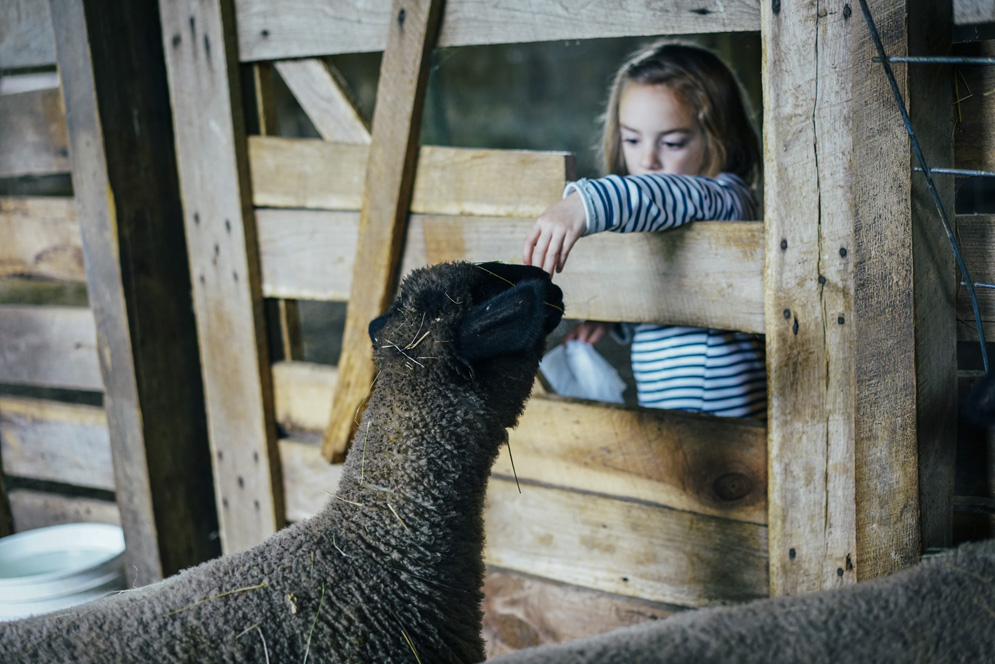 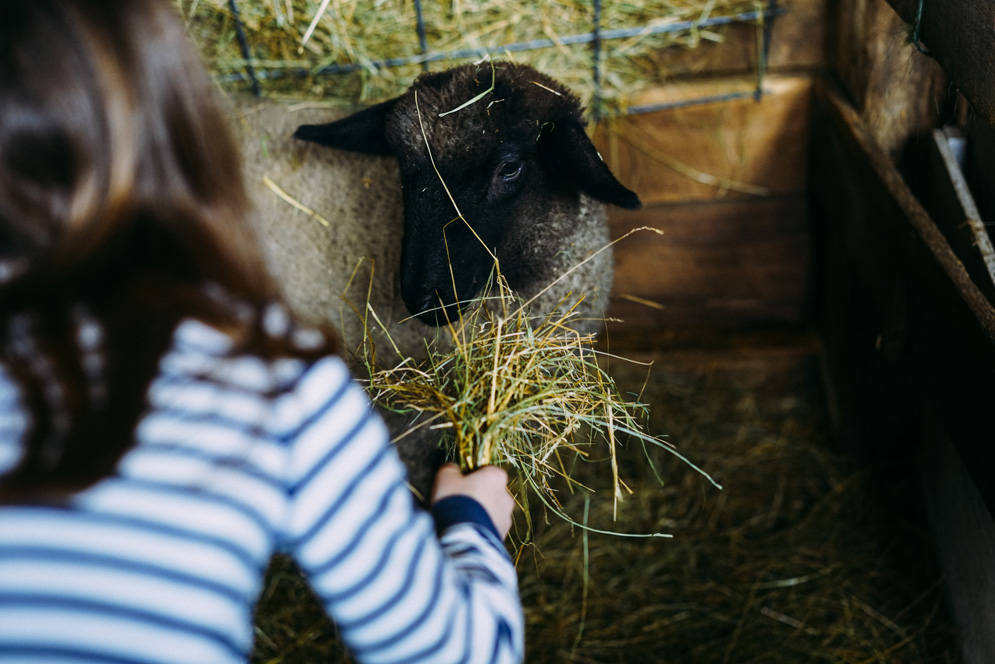 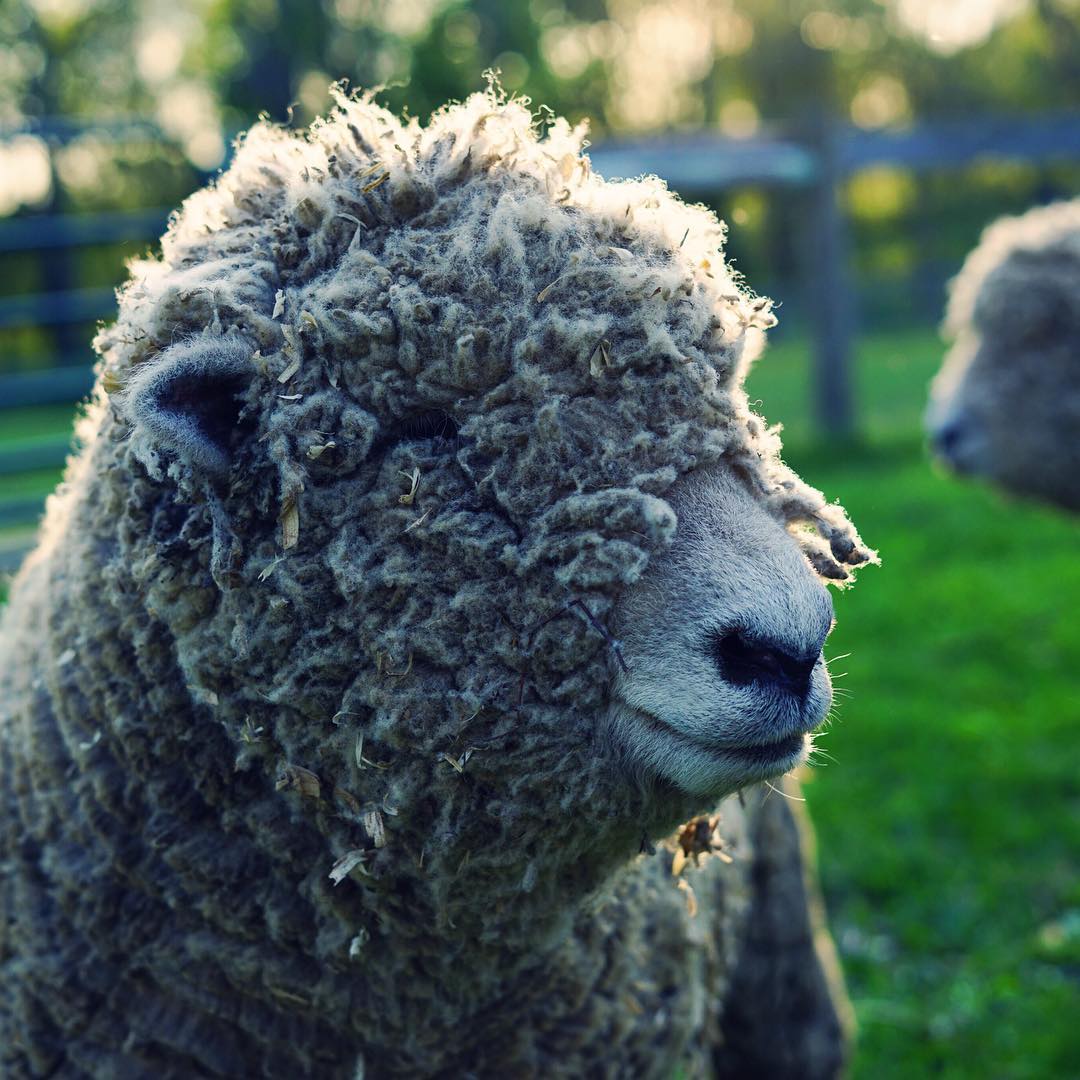 In any other year the big lambs would have been sheared by now but we’ve been battling near record-cold temps and tons of dreary rainy days. So I’ve been dragging my feet on calling the shearer to set up a haircut appointment. But things are getting a little desperate. I miss seeing those beautiful sheep eyes. I think calling the shearer will have to be on this week’s to-do list.

Heifers: The heifers were sold last week and things in the fields are pretty quiet. They were all bred and have been sold to a neighbor–where they’ll live and calve in a couple months. They’ll eventually be replaced, but in the meantime Birdy is enjoying the open space as new butterfly-catching territory. (If you’re following me on snapchat, you’ll have noticed a wee obsession in the butterfly department.) 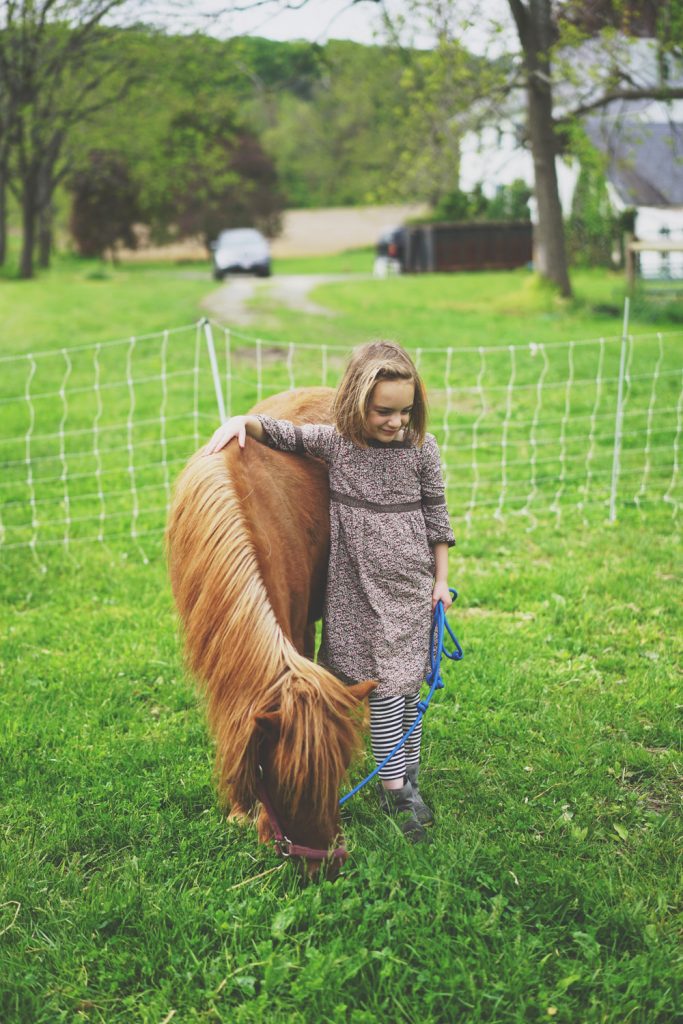 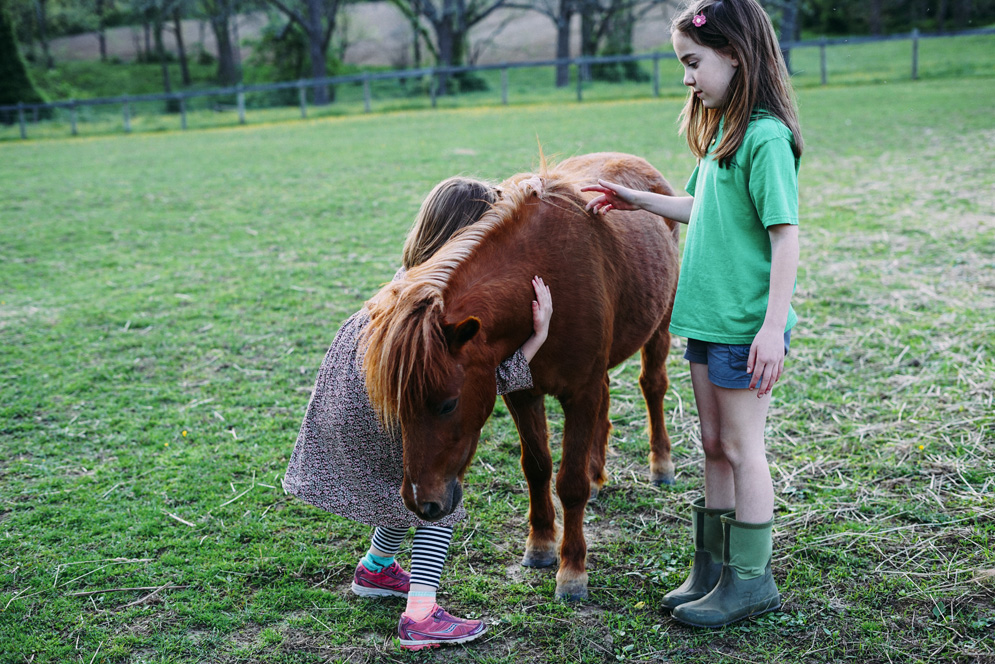 Pony: Tinkerbell has been getting a little more attention than usual lately. Now that the weather has turned she seems to be a favorite hang out spot for the girls. I’ve even noticed her perking up her head at the sound of Elizabeth’s voice and trotting over the gate when we got out for morning chores. The attention must be getting to her, because to drag this lawn mower from her grazing takes some serious incentive. 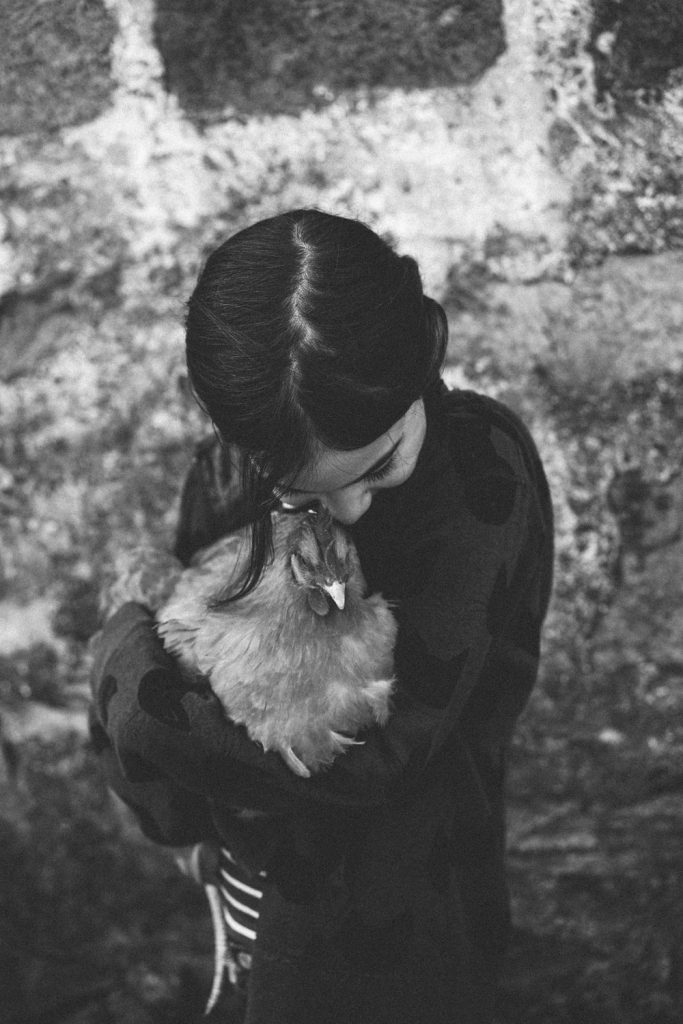 Chickens: We’ve been having to keep our chickens locked in at all times because of a pretty bold fox that lives in the woods behind the house. We thought the drama had died down and began letting them out for a few hours. But two days into their freedom, we were down a chicken. So they are back on lockdown. So are little flock is down to four. And there’s one broody hen who refuses to get off her nest. We’ll have to deal with that this week, too.

Barn cats are status quo. Lucy gets come and go privileges between inside and out. And annoys the life out of the older barn cats.

And then there’s Willie still running up the road to visit his girlfriend or the fun neighbor kids. They don’t make cracking down on his travels very easy–he usually gets a personal escort home–by bicycle or the back of a truck. He thinks it’s great entertainment.

**In other news, I’m taking over the TodaysMama instagram feed today. I’m sharing a few stories I haven’t told and some favorite pictures from the past few weeks. Come by and check it out.