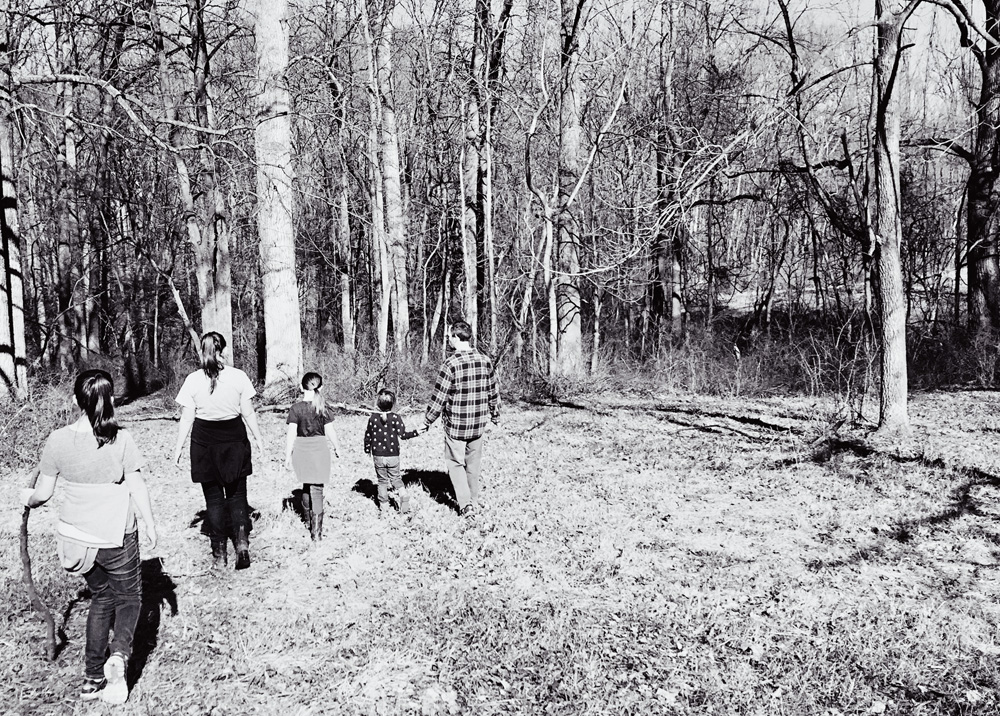 It’s the end of the month and my brain is thinking in lists. I’m looking forward to a beautiful March and starting to write down some thoughts and ideas on what I want to accomplish. So while I’m in list-making-mode, a genetic trait passed down to me from my grandmother and mother, I share a little peek around our home, in list form.

*Harry Potter and The Sorcerer’s Stone: Yes, I am finally, much to my daughters’ glee, picking up the Harry Potter series. My kids devoured these books last year–as in disappeared into their rooms barely breaking for sustenance-devoured. And Mary in particular, has been pleading with me to read them. Well, she caught me on a good night, when I really wanted to read something but I didn’t want to read the self improvement book sitting on my bedside table. So HP it was. I’m starting to see why they might have liked them, just a wee bit.

*Made To Crave: My women’s Bible Study is reading this book together and watching the video series that goes along with it. I have to say I was prepared to have “heard it all before” but she really presents a truly fresh perspective on health and wholeness. I’m really enjoying it. And highly recommend it–even better with a fun group of girls.

*Broadchurch: Okay, I confess that I’m actually not currently watching this because I blasted through the entire two series in about two weeks. It’s a British crime drama and you will be utterly sucked in from the very first episode. Beautiful scenery. Fascinating characters. Mind-achingly interesting plot turns. If you need a Netflix binge other than Fuller House…you’re welcome.

*Nature: As a baby, Birdy used to bring me wriggling stink bugs clutched between her chubby little fingers. We used to rake away the piles of field guides inside her crib. And last fall she carried around a (dead) woolly bear inside a tiny fold-up dollhouse. People. We even took the caterpillar with us on shopping trips. Finally, when it became so decayed that the spines of the woolly bear would lodge themselves in her finger tips, she entertained the idea that perhaps her caterpillar wasn’t actually taking an extended nap. Last month, when she required stitches in the top of her ear, we mesmerized her with YouTube videos about killer whales while the shaky-handed doctor at the walk-in clinic stitched up her gaping wound and proclaimed “Oops!” more times than you care to hear. My child is an ecologist. So you can imagine that tucking up in front of an episode of Nature on PBS has her simultaneously enthralled and talking nonstop. If I dare turn my head away from the television for a few minutes, she grabs my chin and pushes my eyes towards the screen so I won’t miss a detail. We wait in eager anticipation for every new episode to be recorded on the DVR. And then snuggle in bed together afterwards while she recalls every single detail. 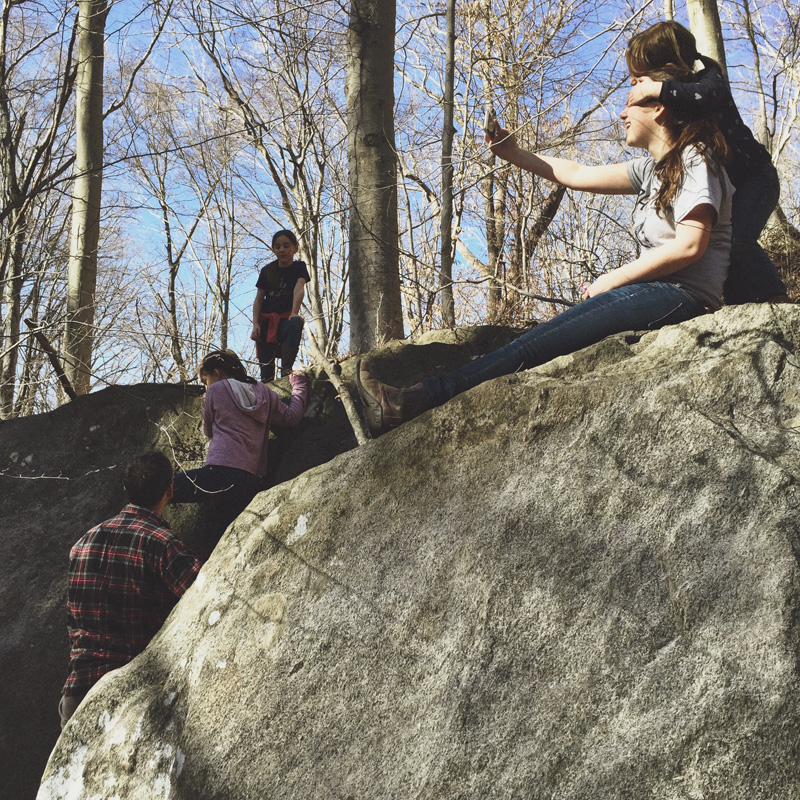 *Lent is here and I’m digging deep into my repertoire of meatless meals for our Friday dinners. Fish tacos is the hands down winner. This recipe is spot on. Next week, I think it will be quiche.

*I’ve been really into protein smoothies in the morning. I used to drink my cup of coffee on the morning school run, but I realized that I was so rushed I was throwing junk into my mouth for breakfast, just so I had something in my stomach before my cup of coffee. Not only that, I really loooove my morning cup of coffee. Drinking it from a sloshing cup while I race down the backroads avoiding potholes and river debris (not kidding. That was us this week.) is not my idea of savoring one of my favorite parts of the morning. So now, I’m whipping up a simple protein shake in the Vitamix while I make kid breakfasts and pack lunches and find the SHOES! Right now, my magic and oh-so-simple combo is organic almond milk, chocolate protein powder, Digestion Plus (a pre/pro-biotic), almond butter and ice. Tastes like delicious.

*Plumbing. If you live in an old house you can guarantee one thing: All plumbing crises will happen either before a blizzard or after 10pm at night. We are currently dealing with several plumbing issues that have been upgraded from crisis to annoyance. In the meantime, while we await the arrival of a plumber we have a working toilet in one upstairs bathroom. A working sink in a different bathroom. And a somewhat working bathtub in another bathroom. “Somewhat working” if you count that it drains both down it’s intended pipe and down the basement wall. Awesome. So heaven forbid you want to brush your teeth and wash your body in the same bathroom. I feel like I’m living in a college dorm and I should give my kids toiletry baskets and flip-flops to carry around the house from bathroom to bathroom. But, the good news? We are blessed with more than one bathroom and when we piece it all together, we have a complete set! And, the working toilet is upstairs. I’m clocking lots of “stairs climbed” on my Fitbit.

*Dolly Parton. I can’t explain it, but she hit the spot during dinner making the last two nights.

*Audrey Assad. New to me, but a beautiful, clear, pure voice I could listen to all day.

*United Pursuit. My favorite go-to right now. While I’ve only been able to catch one of their live-stream sessions, I binge on their YouTube videos while I work at my desk. And make dinner. And drive in my car. On my personal bucket list is a United Pursuit-esque session, but outside, under the stars and little lights, perched at the top of a hill. Some day.

*Lost Boy. I blame this on my daughters. But man does it get stuck in my head. And I can easily play it on the piano so of course we’re putting on Elizabeth concerts for all. She can totally knock this song out of the park. But I may be slightly biased.