A few years ago I was given a copy of One Man’s Meat by E.B. White. I loved reading it at the time, but one of the parts that stayed with me were the simple notes he kept on daily chores. Inspired by the straightforward simplicity of that, I’ve been trying to keep up the practice myself. And now, I’m hoping to share them here as well. I didn’t mean for my first week shared to be full of such loss, but I suppose that’s the reality of keeping animals.

MONDAY: (36°) Put all the animals out in the field so I’d only have to haul one bucket. (Bronchitis lungs still bugging me.) Paige needs wool around her eyes trimmed. Need to call Alan for more hay, probably by next week. Need fresh shavings for mama’s pen. Mary + Elizabeth did chicken chores. Door frozen so had to go in through the window. 1 egg.

TUESDAY: (29°) Slipped on the ice carrying water buckets. Put everyone in field. Emma mucked Tinkerbell’s stall after school. Tinkerbell covered in icicles around her chin when we brought her in. Water buckets in stalls weren’t frozen, for once. Getting ice tonight. Snow coming Thursday.

WEDNESDAY: (37°) Two hour delay because of ice. Went to The Mill before snow storm that’s supposed to be coming tomorrow. Calling for up to a foot of snow. Baby chicks are in at The Mill. Gives me hope that spring might actually arrive. Took all my strength not to come home with two or three.

THURSDAY: (38°/15°) Woke up to snow. About 8 inches by end of the day. Dan home from work. Kept animals in. Fresh bedding down for sheep. Lost both chickens last night, probably weasel (maybe raccoon) because of how they were killed. Glad Dan discovered it, not Elizabeth, who takes care of them. Coop door had frozen open about four inches. Probably going to wait awhile before replacing them.  Walked around outside and took some pictures with my Lomo. I think the cold messed up the film. Grandpa plowed us out just after dark. Mary rode along and then on to Sally’s to plow her out. Grandpa dropped Mary off. We convinced him to stay for dinner: pot roast, noodles and a glass of red wine.

FRIDAY: (17°) Morning chores done. Water hauled. (Thanks, Dan.) Animals out in the snow and sun. Happy to be out. Raccoon got in the feed again. Dan going to set havahart trap tonight. Something’s also been getting into cat food on back porch. Might be raccoon or whatever got the chickens. Dan left for work by 9am. Warm up coming next week, so they say. Can’t wait. 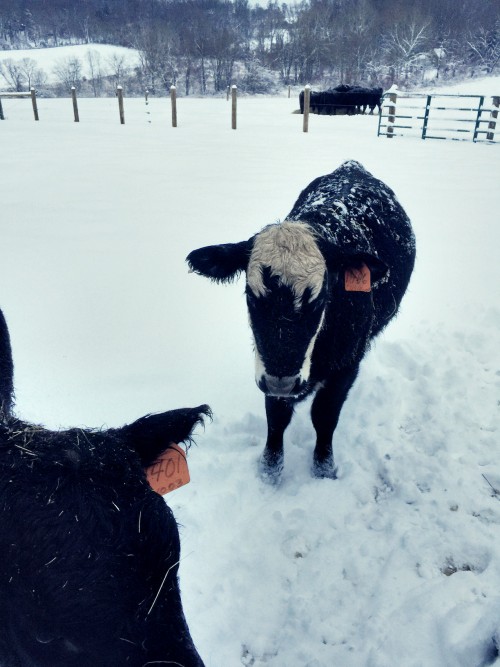 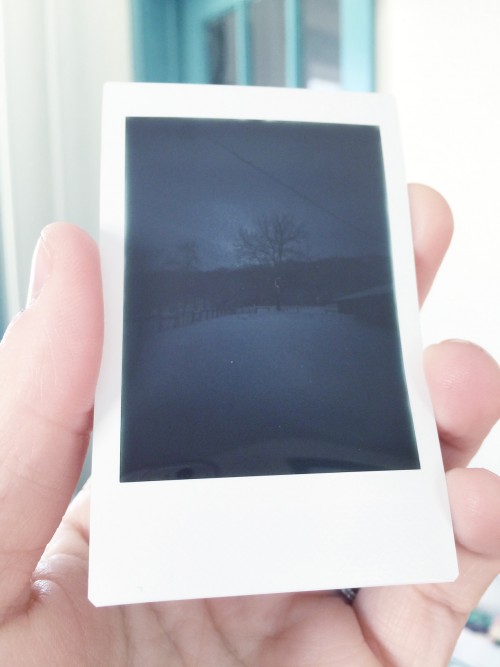