This has been the winter of disappointing snow storms. We were all braced for snow drama the past two days, but the storm had different plans. So now we have a stocked fridge, organized snow pants and boots, and plenty of milk and toilet paper to last the rest of the week.

My kids were particularly disappointed. Birdy just wants to build a snowman or break in the toboggan we scored at Goodwill this fall. Is that too much to ask? So far, it is. The only thing we’ve used the toboggan for lately is hauling heavy bales of shavings from the back of the truck out to the barn. Not quite as exciting as she was expecting. 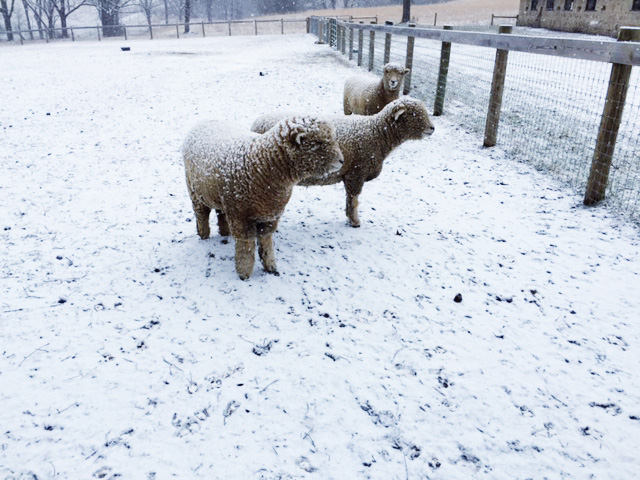 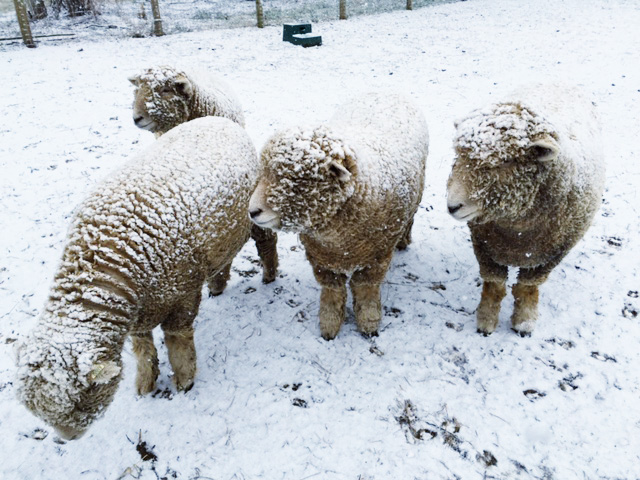 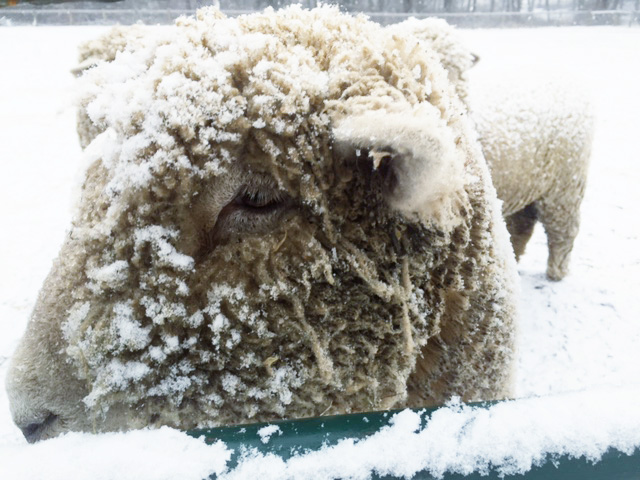 The lambs weren’t too happy with me either. They were anxiously waiting for me to get them back to their dry, warm stalls in the barn when I came out the other day. But they are pretty irresistible covered in snow.

For the record, we did attempt to sled down the big hill behind the barn after the first dusting of snow. We slipped through the fence and into the field with the heifers, who were all gathered around a round bale on the other side of the barn, not paying much attention to us. The kids were nervous about being in the field with the heifers, but in my wise years of animal experience, I reminded them that they were way too busy eating their bale of hay to pay attention to us sledding down the back hill. 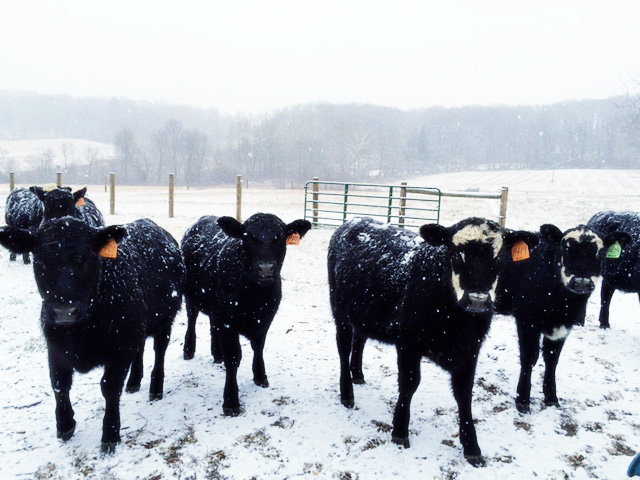 That is, until they saw us. And thought maybe we had food. And decided to approach in a thundering stampede. On the outside I’m all : “They’re just curious girls. There’s nothing to be worried about.” While on the inside I’m making my plan of attack, deciding how I’m going to fend them off with three little kids hanging from my coat and a large wooden toboggan. In the end, I gave them a big, scary hollering, hands waving in the air. And they backed off. And then they came even closer. And then they eventually decided we did not have anything very interesting, and walked very closely behind us as we climbed the fence and got out of the field.

And the girls are none the wiser to the fact that their mother was secretly freaking out on the inside. Ignorance is bliss.

*Pardon the button, while we work on a better solution!*