Sometimes there’s that little act of kindness you’ve been meaning to do for months and you just needed that extra nudge. Thanks to Kleenx®Brand for the nudge I needed for this act of kindness below. * 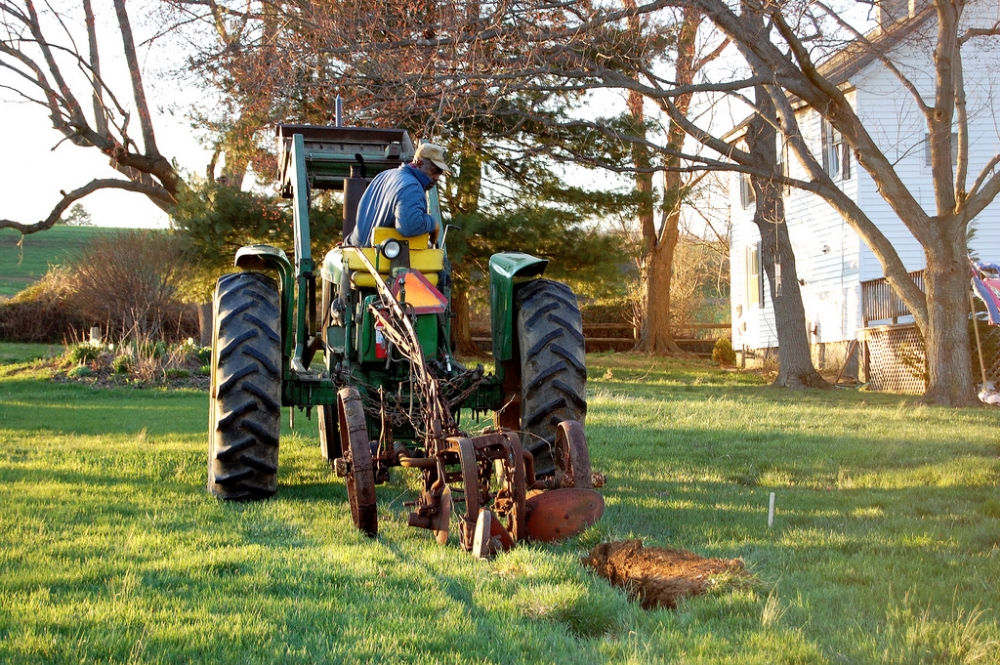 When we moved from our old house at Thomas Run one of the things I knew would be the hardest to do was to move away from our neighbor Mr. Dorsey. Mr. Dorsey was born in our house and grew up there but eventually moved next door onto his own smaller piece of property.

We became close over the years. Though he was stubborn and strong as an ox in his 70-plus years, we all still kept a close eye on him. He’d never ask for help (and when he did, you knew he really needed it) so Dan–cut from the same kind of cloth–would look for opportunities to help him out.

The very first time we met him he told me, “Just so you know, I walk laps around the pastures early in the morning, sometimes in the dark–so don’t shoot me!” He used to drive a milk truck and always keeps milk truck hours. When his bull would get out and end up in our backyard, I’d call him up and laugh about it–though Mr. Dorsey was never happy about it.  When his cow would show up in side yard, I’d walk her home with a stick and put her back in the fence. 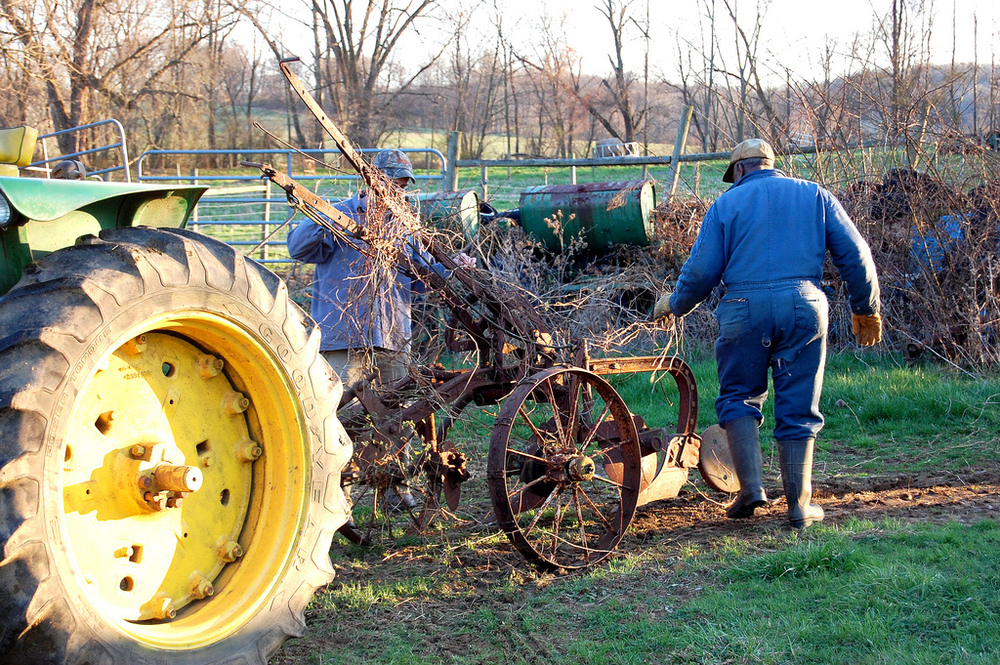 When we first planted our garden, he’d pulled out his plow and ripped up the earth. He told us about the huge tree in the front yard and how his father had remembered it being that big and how old it must have been, the oldest in the valley. He worried about people robbing him and hated when the raccoons started getting in to his grain. He hoarded tractors and tractor parts and round bales and had two antique trucks buried in the brambles behind the falling down stone silo. But you couldn’t move them or take them–because he might need the parts some day. 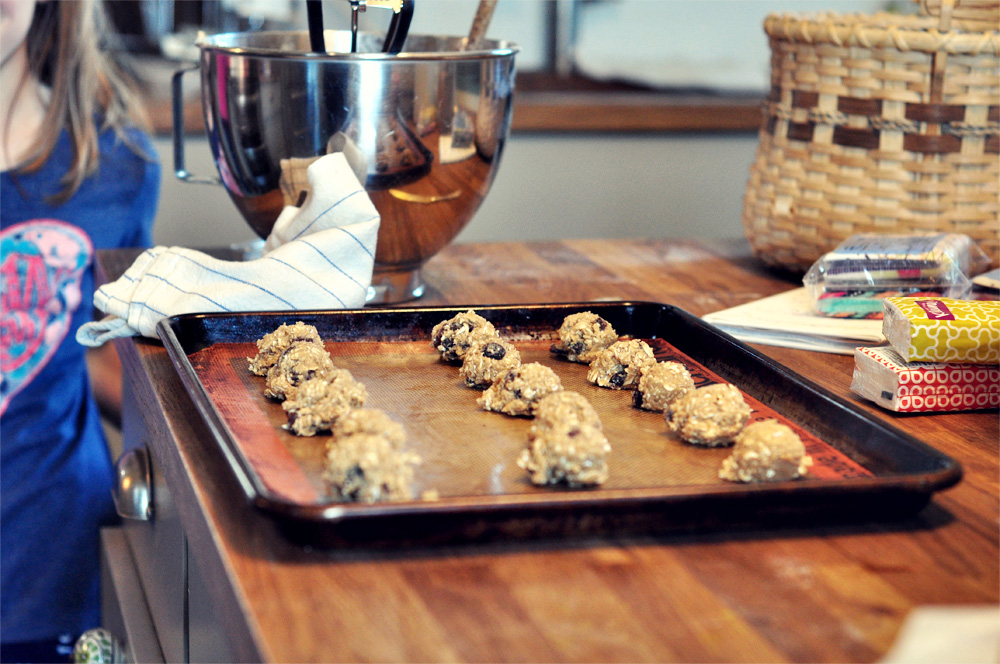 He said we were the best neighbors he’d ever had.

So when we moved to Woodlawn, I knew leaving Mr. Dorsey was going to be one of the hardest parts.

We still see him. I still check in on him. When I drive by on a Thursday and he’s out on his riding mower, I know everything’s all right.

When I see him now, he hugs me and gives me a big wet cough-drop-sticky kiss on the lips and squeezes my arm. He asks if Dan is busy at work and tells me he’s getting ready to retire from driving the school bus. He tells me about any houses that are for sale in the valley and how I need to convince my dad to buy one for me, because we need to come back. 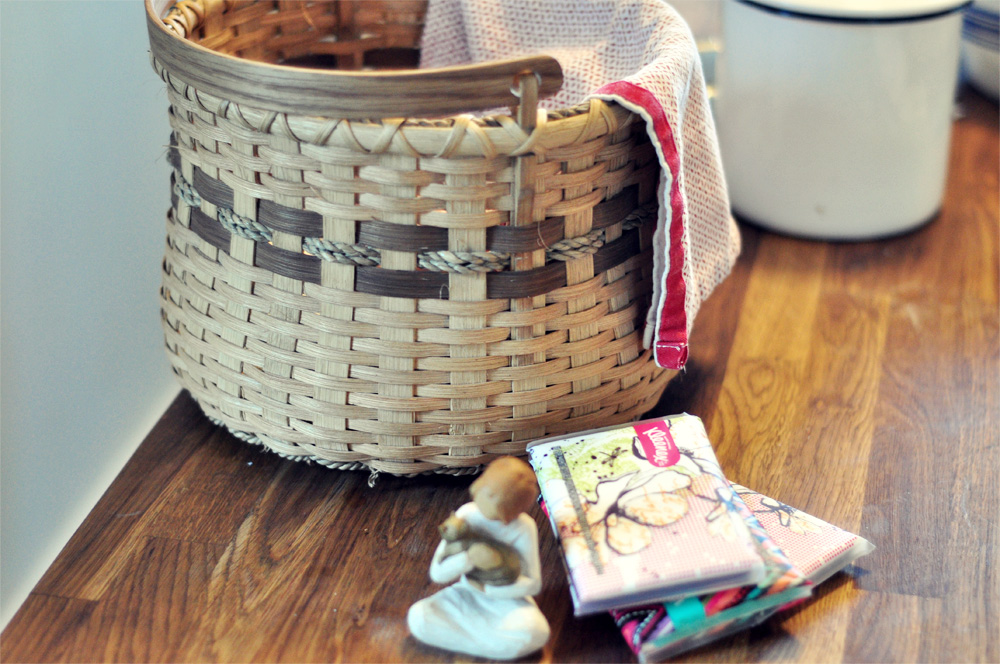 I’ve tried a few times to get him over here for dinner. But he always puts me off and instead says, “just bring me some of your oatmeal raisin cookies. I think about those every since you brought them to me that one time.” He doesn’t ask for much, but he does ask for cookies.

Every time I drive by I get that little twinge of regret that I’ve haven’t shown up at his door with cookies since we’ve moved. The kids remind me often. And then I forget. And then weeks have gone by. 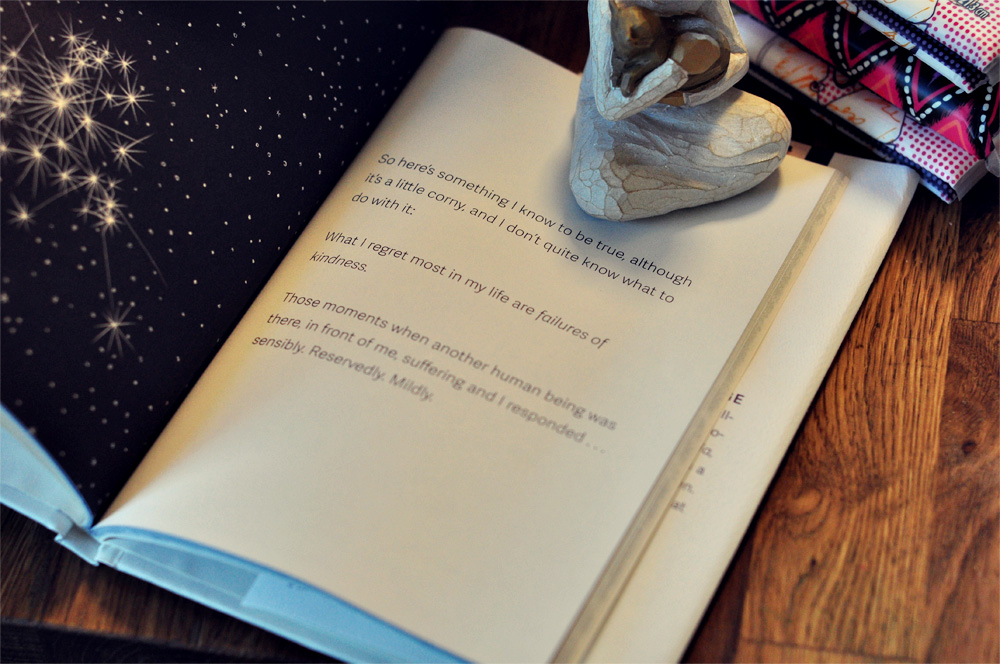 But I finally found my reason this past week. An opportunity to do an act of kindness, even something small–and I knew exactly what my act of kindness would be and who would be on the receiving end.

When the kids walked into the kitchen and there were oatmeal raisin cookies in the oven they knew what I was doing. I’m pretty sure someone said, “It’s about time, mom.” When Mr. Dorsey gets home from driving the bus tonight, they’ll be something waiting outside the door for him. 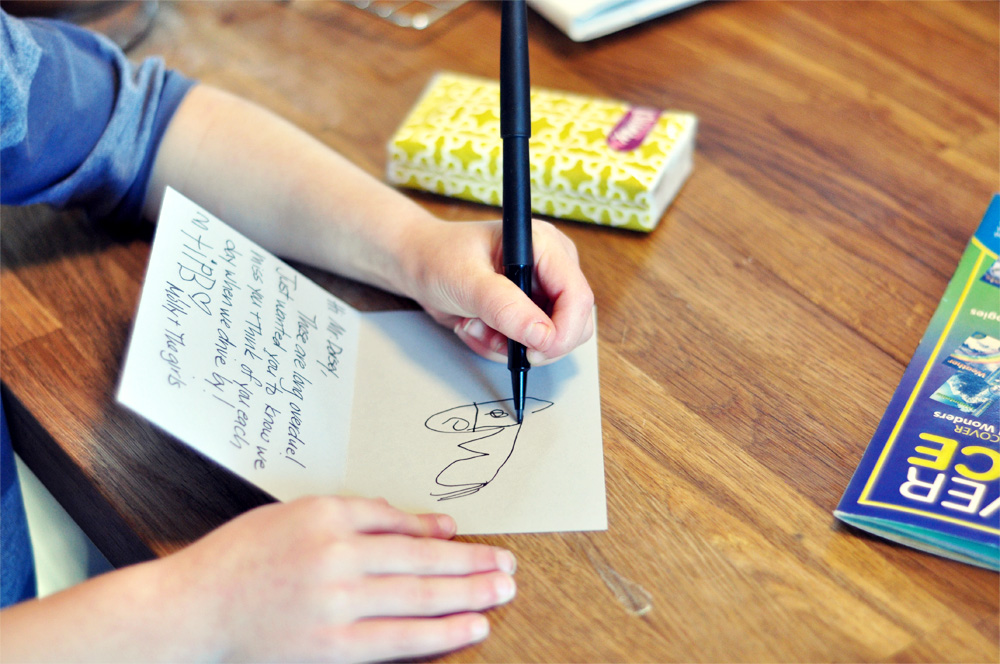 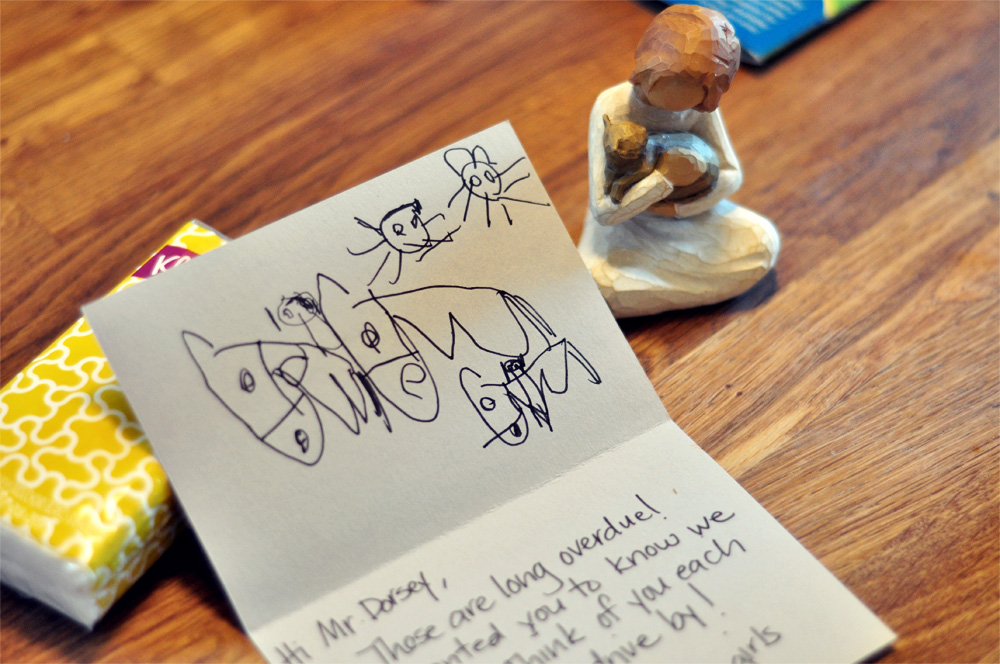 A big thank you to Kleenex®Brand for the push to do this small act of kindness. For giving us a few extra goodies to pack in our basket for Mr. Dorsey, including their cute little packs of tissues that I know he’ll be tucking the car seat (or school bus seat!) beside him. Thanks for making this small act of care so easy to do. Here’s hoping you’ll join the “Share the Kleenex Care” movement and be inspired by them to do your own small act of care. Even just the smallest gesture (like passing a tissue) to a friend, stranger, neighbor–that needs it, has a big impact.

*This post is part of a sponsorship with Kleenex Brand and Socialstars.