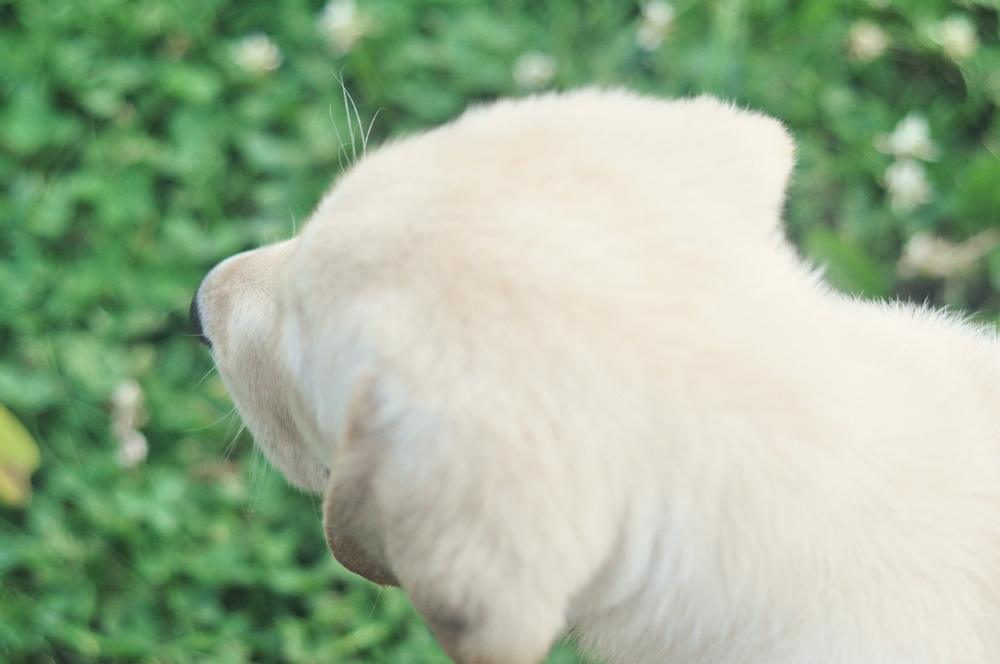 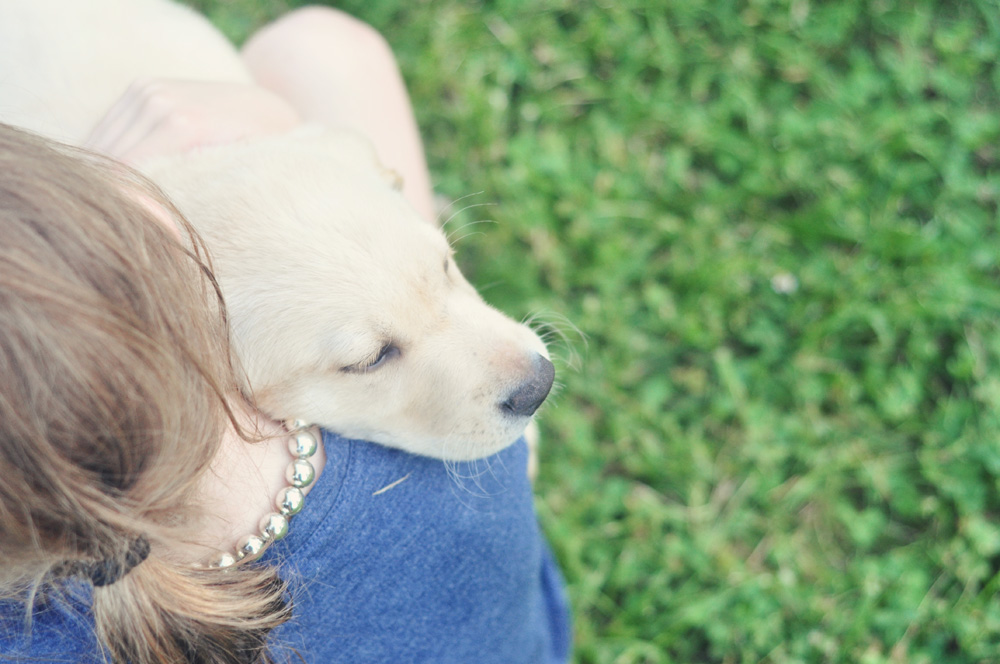 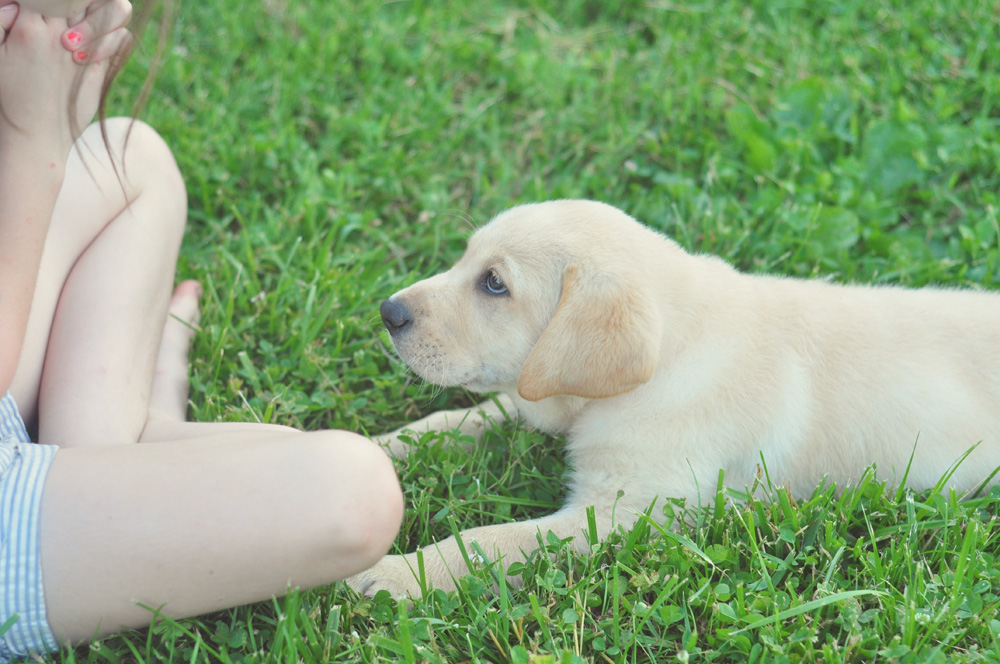 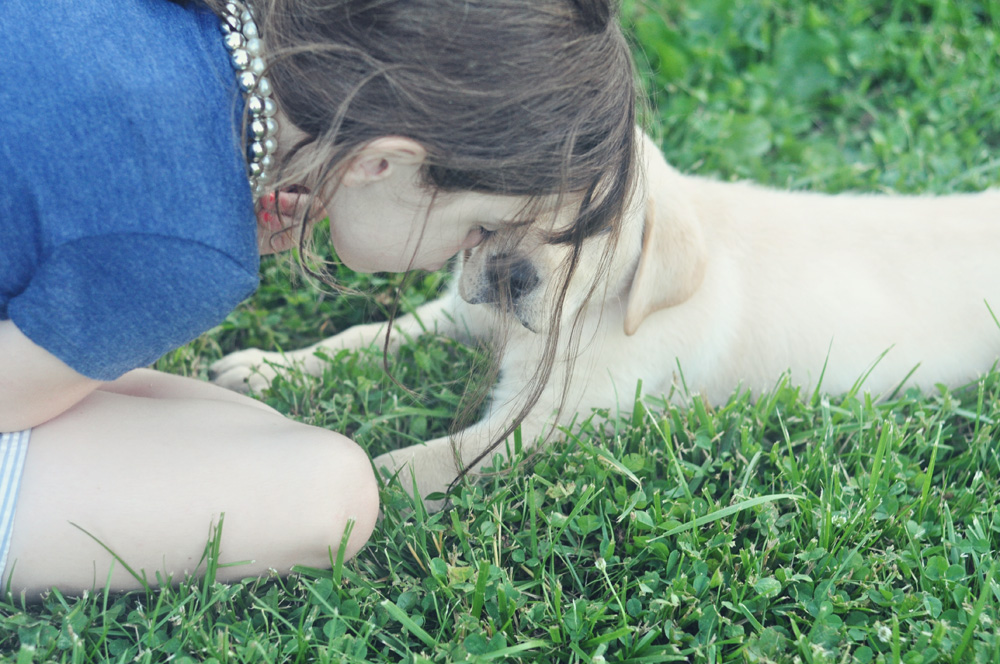 We’ve been talking about adding to our family for awhile now. Don’t get me wrong, we’re in love with Ruby. In fact that’s been part of our motivation to add four more paws to the family tree. We want all of her good habits to be passed on to the next little pup. 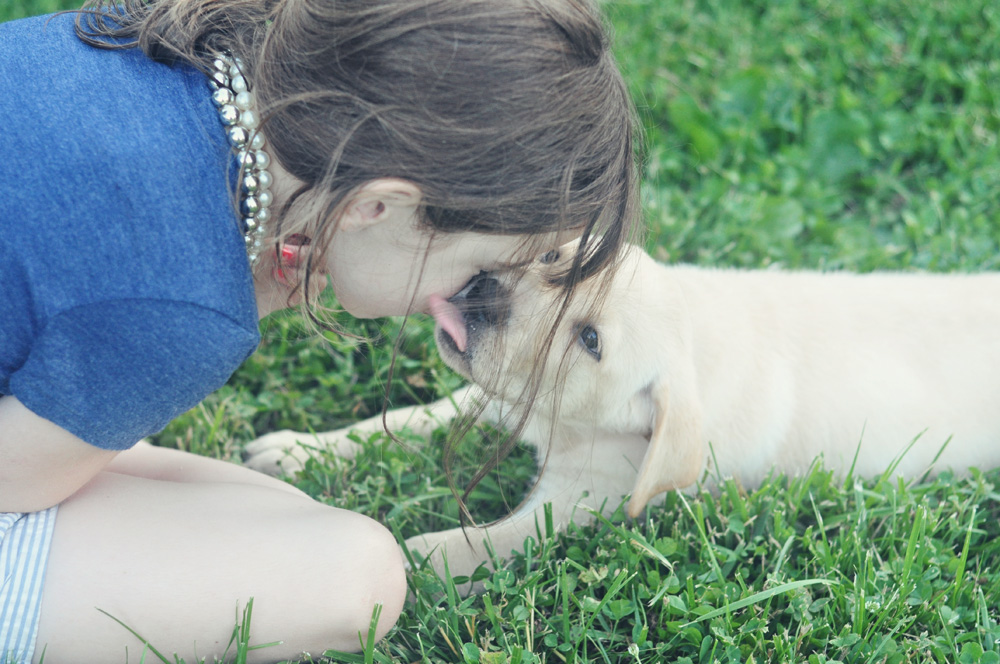 But we’ve been waiting for the right time. Waiting to settle in here at Woodlawn a little bit more. Waiting for the weather to improve so that we’re spending our days outside instead of in.

And when, on somewhat of a whim a few weeks ago, I called the man who sold us Ruby and he happened to have a litter of pups just two weeks old, it seemed like the right time was finally here. 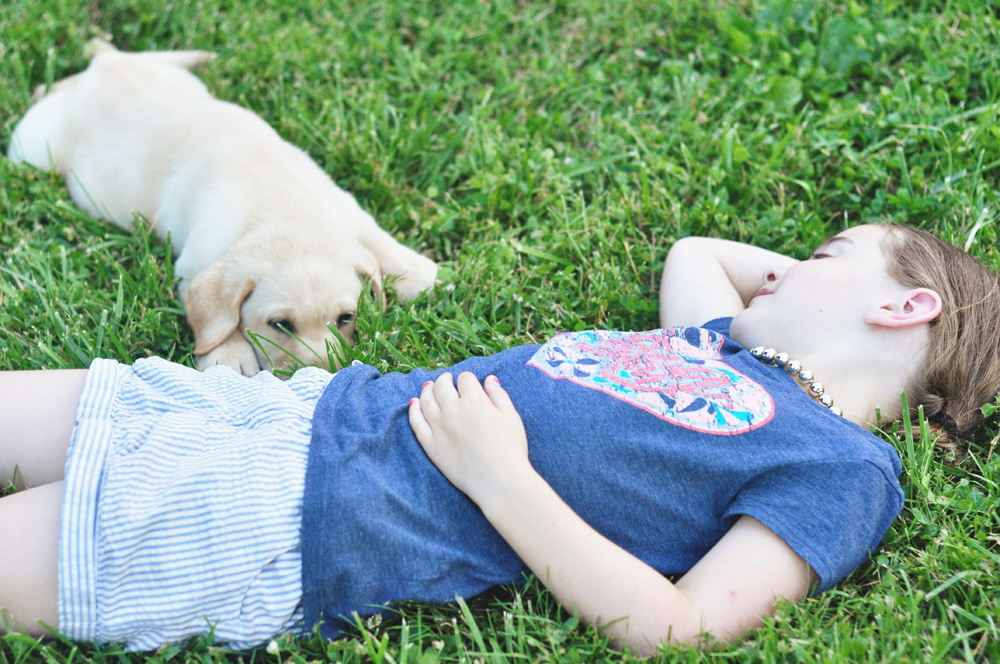 Meet Willie. The newest member of our family as of yesterday afternoon. A boy this time. The gender scales need a little tipping in my husband’s favor, I do believe. 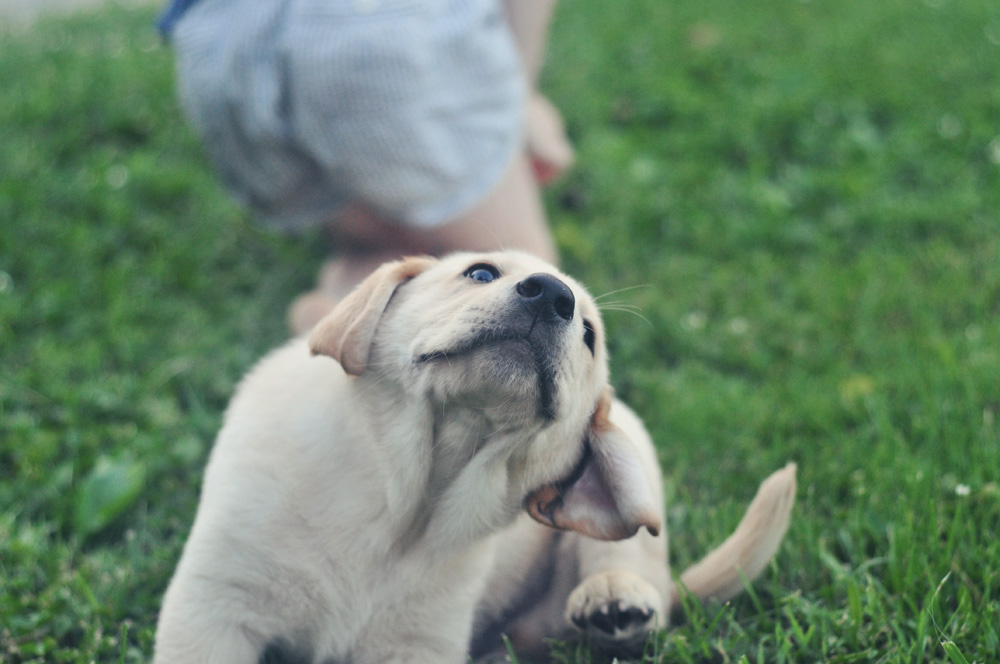 He’s Ruby’s half-brother. But for now, she’s not giving much love in response to his eager curiosity. Ruby stays at my feet while I make dinner, or beside my chair while I work at my desk, cautiously eyeing this strange little thing on four paws.

I know it’s only a matter of time before they become best pals. 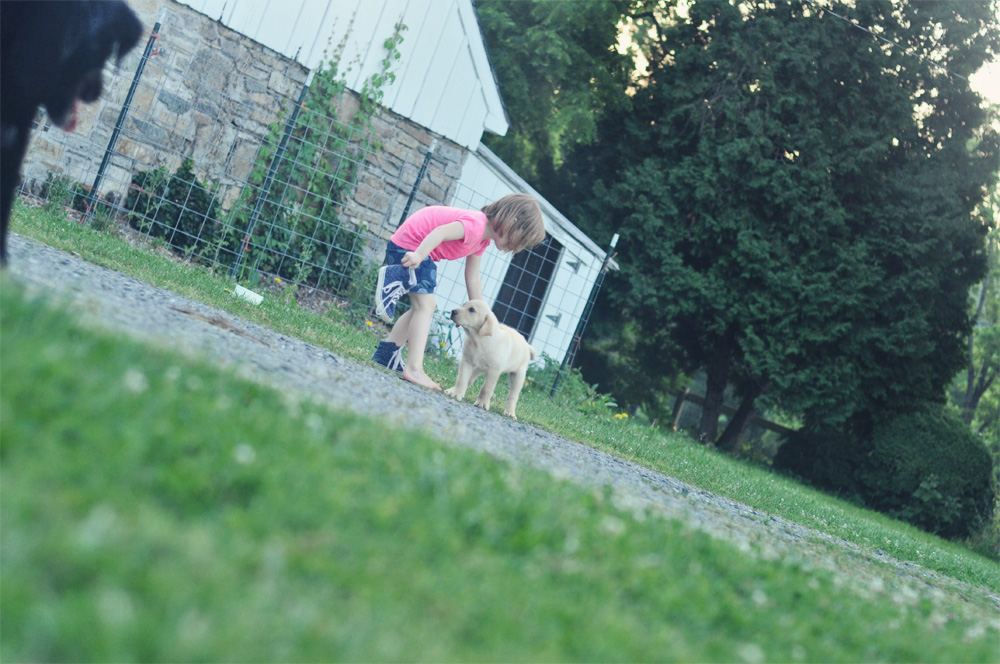 Last night was Willie’s first night. And just like Ruby’s first few nights, I let him sleep in our bedroom. He sprawled out in a cool corner and slept all. night. long.

I however, did not. Between booming thunderstorms, a sick kiddo, and constant checking on the snoring pup, I’m feeling the ache behind my eyes of my newborn baby days. 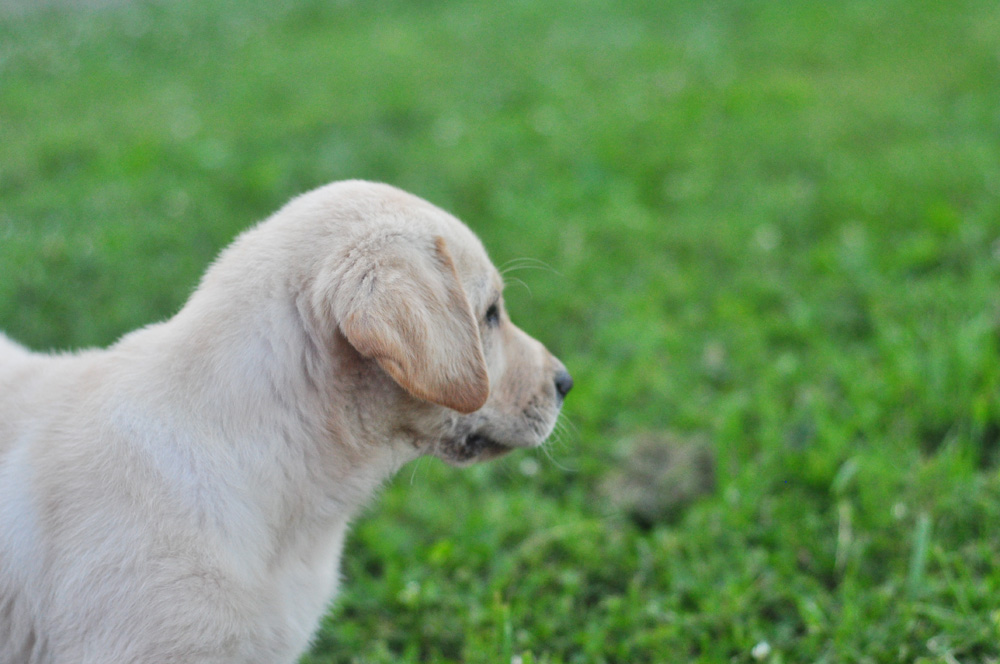 But Willie was up at 5. Ready to eat and dying for attention. (I was dying for my bed.)

But after making the rounds for morning chores, and then following me into the kitchen while I made extra-strong coffee–he’s fallen asleep on the cool kitchen floor, head wedged inside someone’s sneaker. 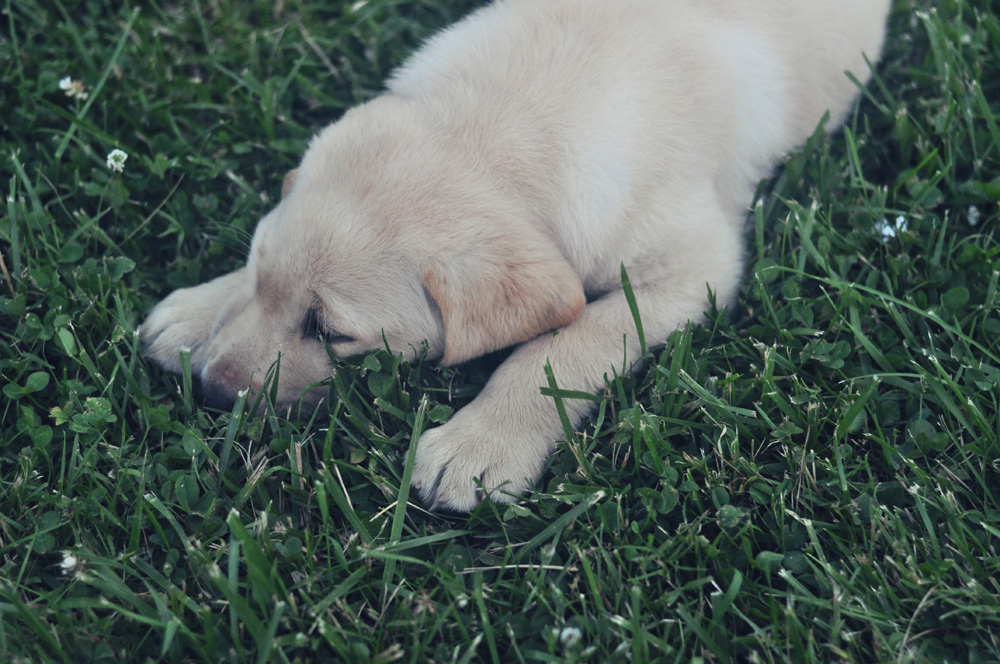 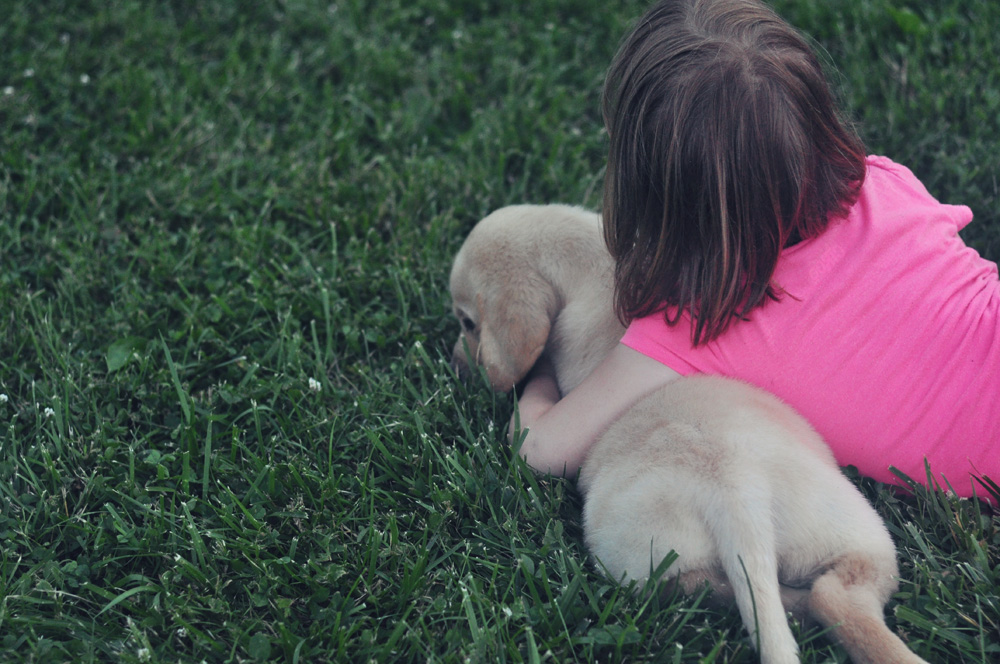 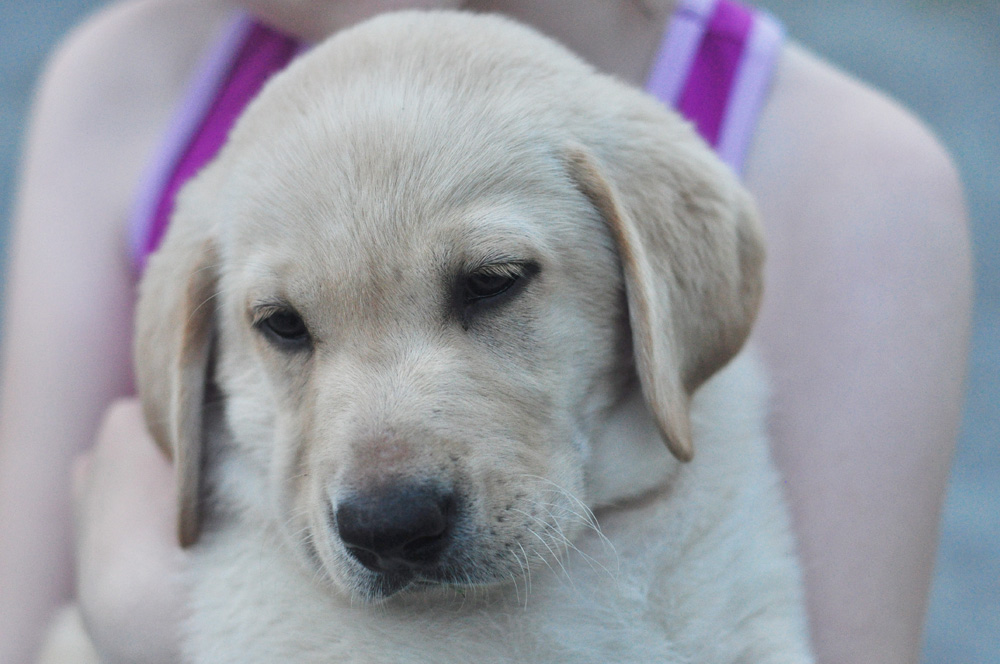 You might remember Ruby’s traumatic beginning. She turned out so well, I’m wondering if it’s the secret to a perfect dog. Kidding. There will be no under-car-napping for Willie.