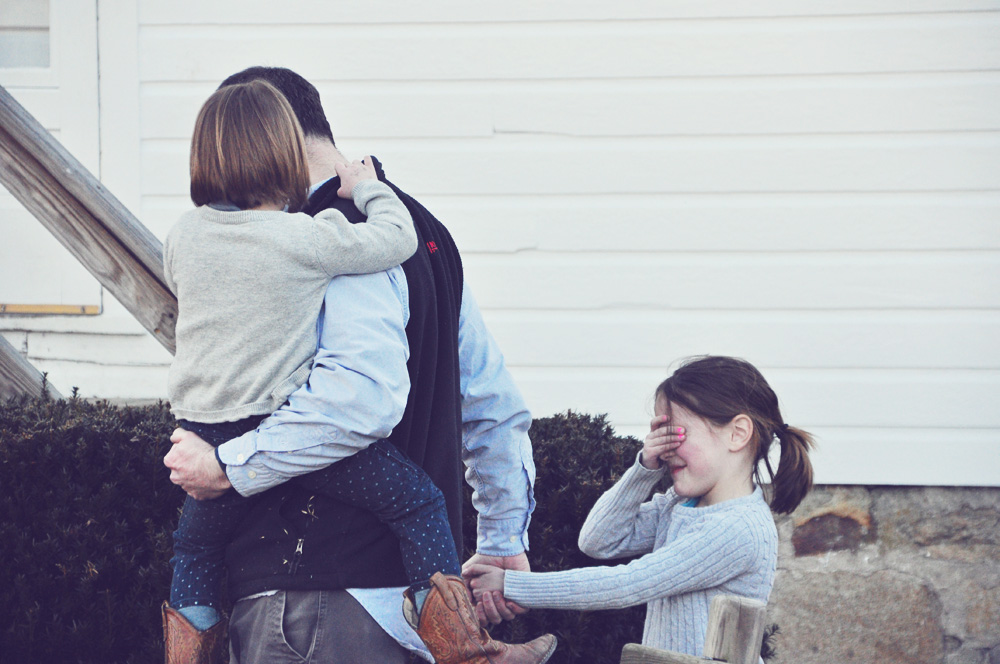 If you follow me on Instagram, you may have picked up on the fact that my youngest child is mildly horse crazy. (understatement of the year.) Her riding helmet and jockey goggles are pretty much standard daily uniform. We’ve watched The Man From Snowy River so many times that we’ve burned out the chase scene–right where the horses start galloping through the snow in slow-motion. She talks about Jim and Jessica like they were family. 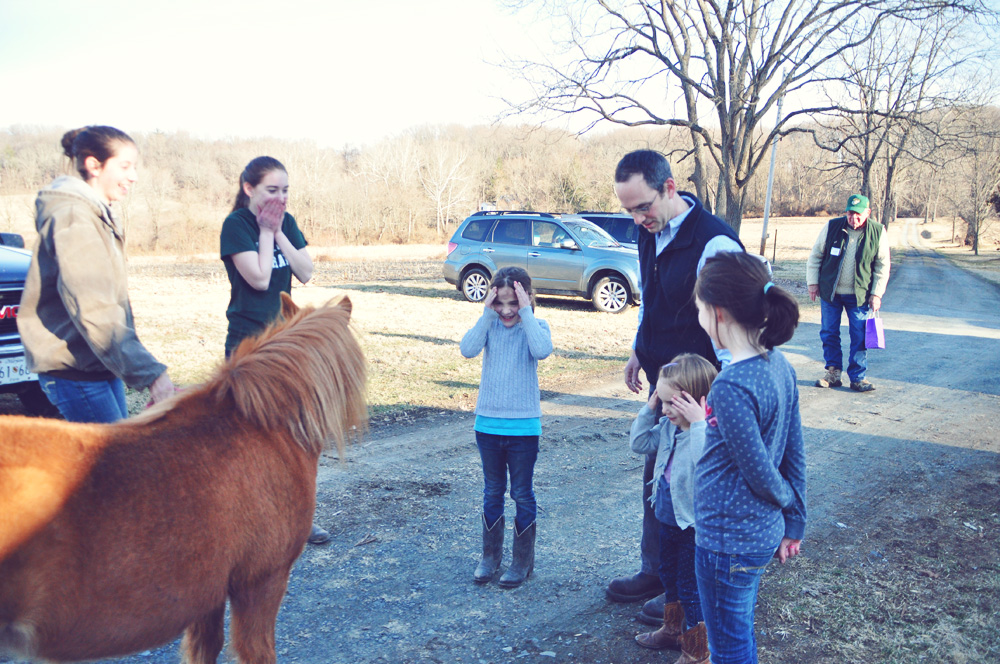 If she’s not downstairs on her belly playing with her horses in front of the wooden barn (we scored out of the neighbor’s TRASH), she’s upstairs on the rocking horse listening to the soundtrack from The Man From Snowy River and reciting lines perfectly in time with the scenes from the movie. 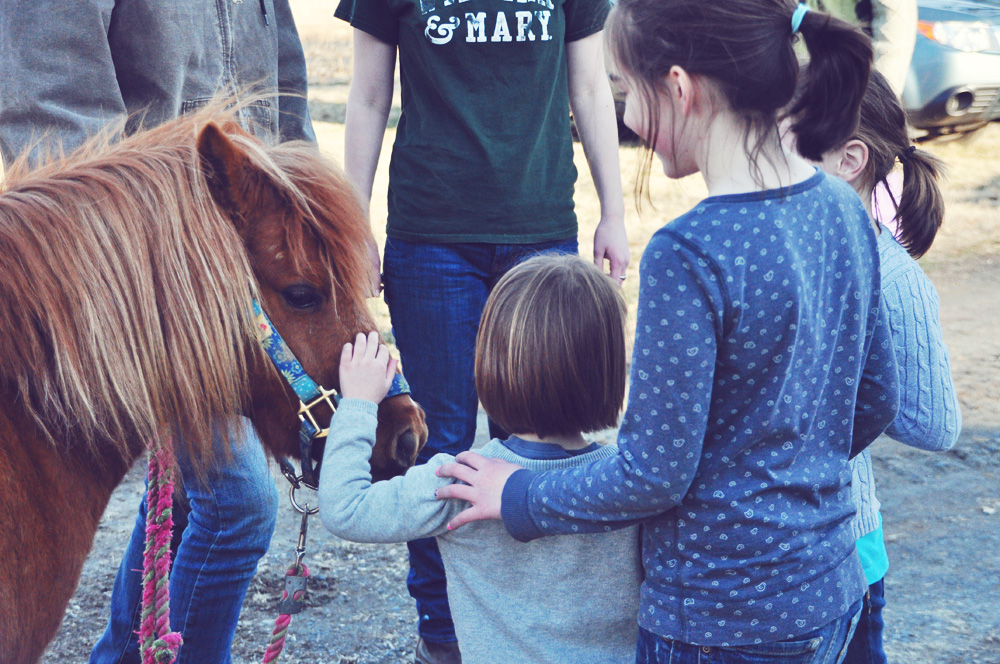 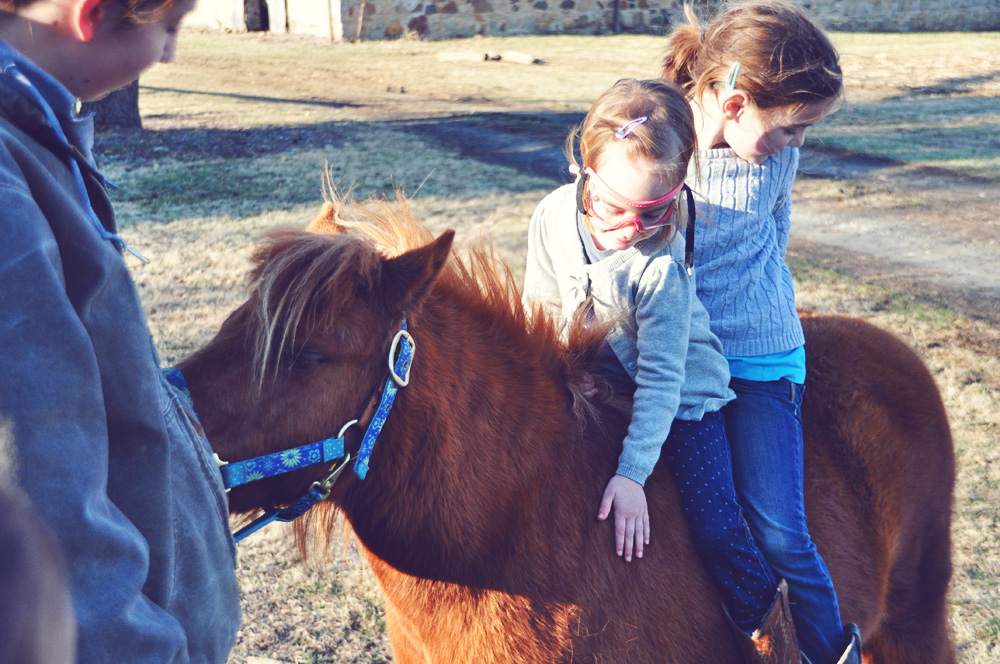 So, when it came up at our New Year’s Eve party that my aunt and cousin’s had the perfect little Shetland Pony that could come live here as long as we wanted, plans were set in motion for the best birthday present a four-year-old girl could want. 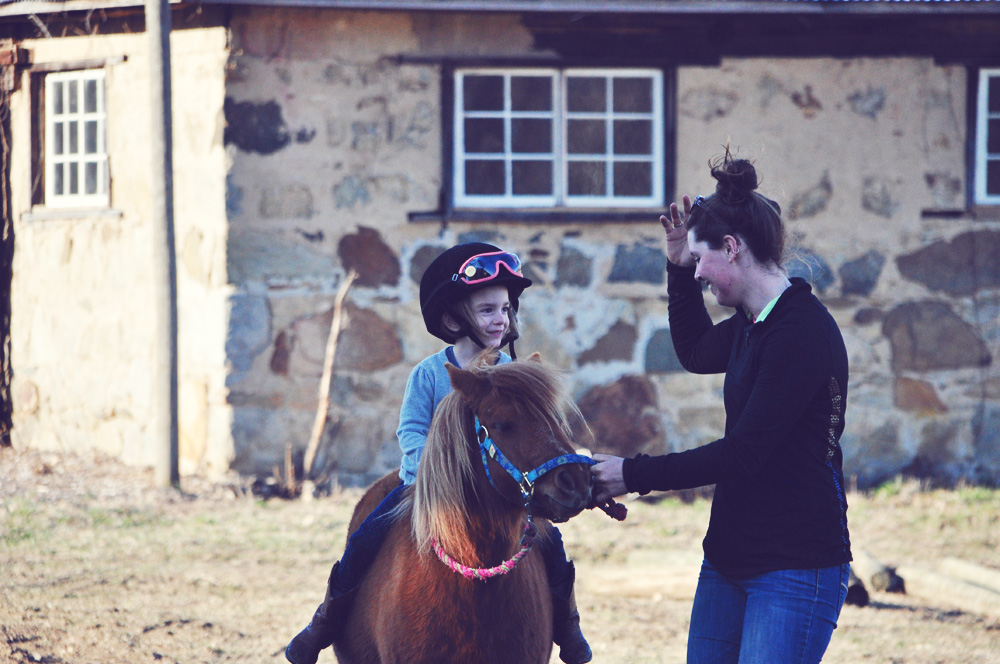 This weekend was the big day. An extra stall was secretly made ready in the barn. A trip to Dover Saddlery “just for fun” was actually me shoving brushes and tack boxes at the ladies behind the register (who were delightfully in on the secret) while Birdy was lost in the corner full of Breyer horses. Trailers were arranged. Family gathered. 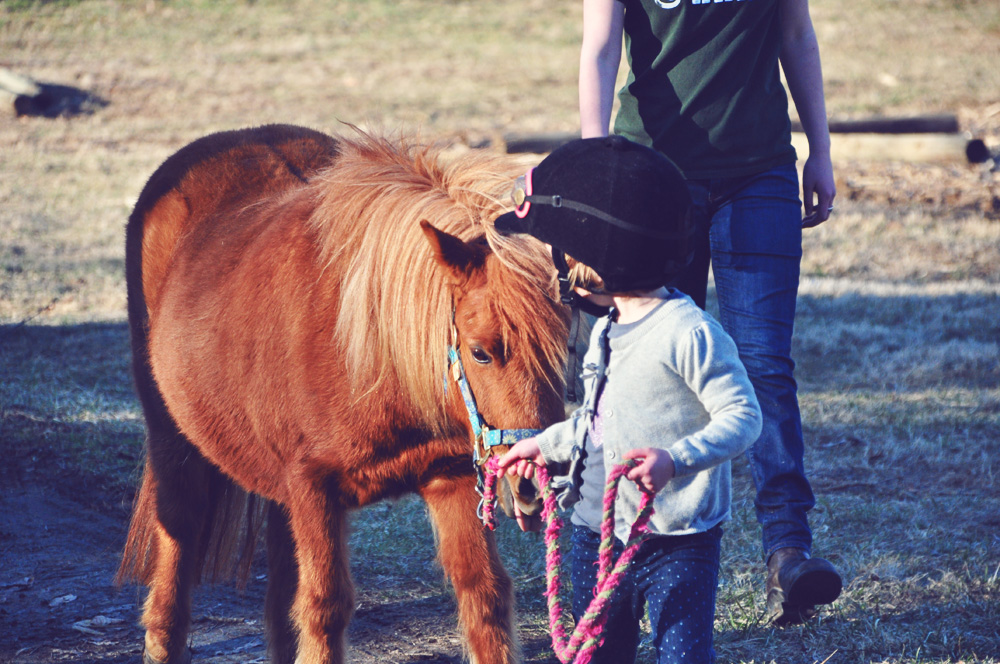 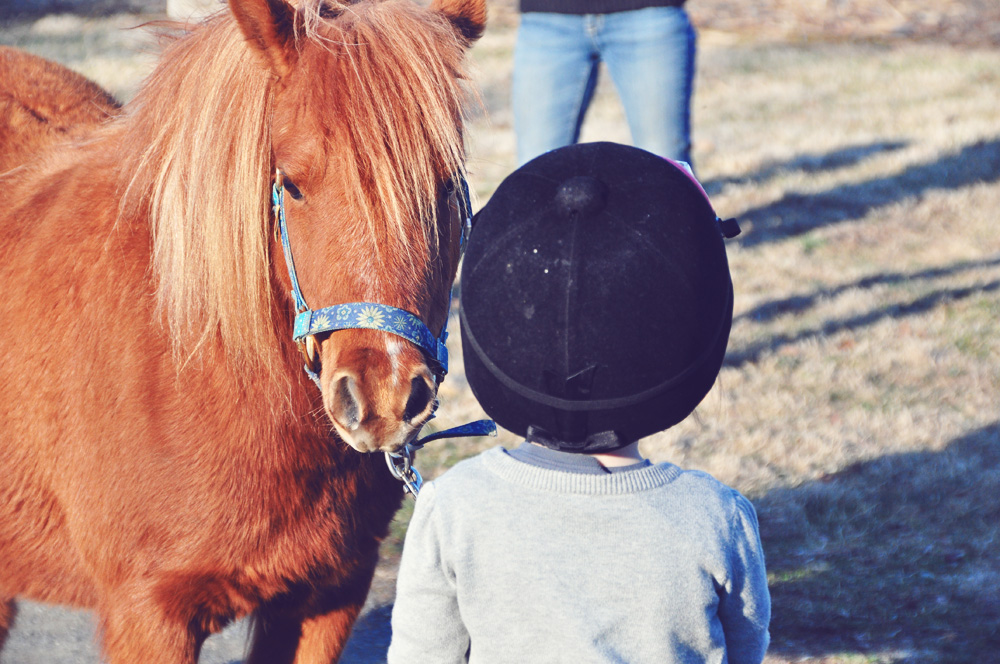 While everyone assembled outside, I stayed on the inside of the house trying desperately to keep Birdy away from windows. Birdy, who was suddenly completely uninterested in watching a movie or any other normal distraction a four-year-old would like. (We ended up making beds together. Go figure.) 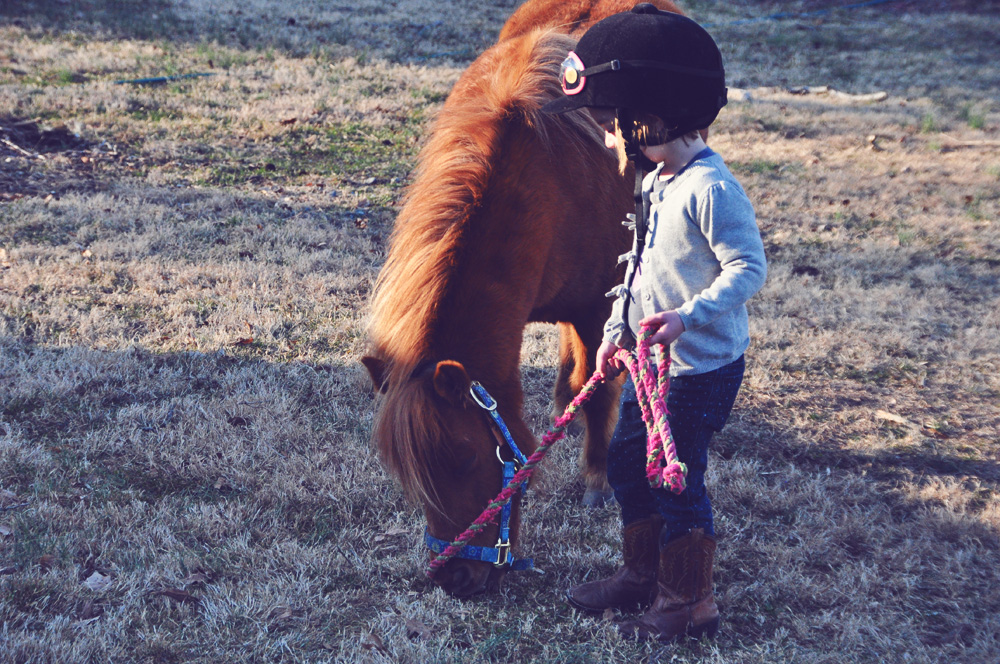 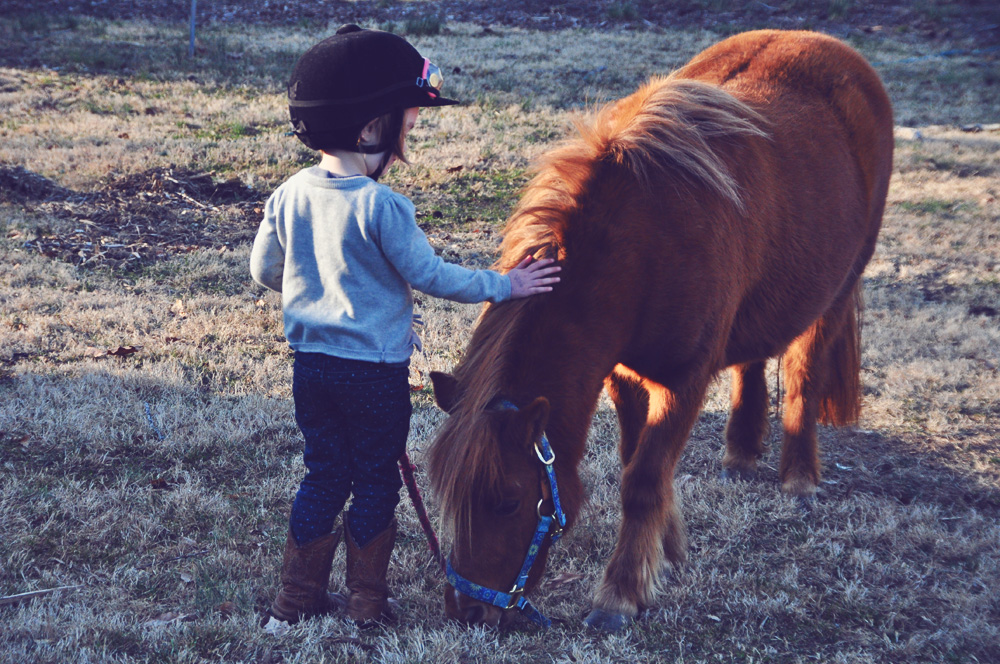 Elizabeth was also being surprised with the pony. She’s slowly moving up the ranks as the next horsey girl in the family, and I knew she’d get just as much (if not more) fun out of the pony. There’s nothing like a little Shetland to help you learn the ropes of riding–especially when you get bucked off and it’s not very far to fall. (Both girls have already tested this philosophy.) 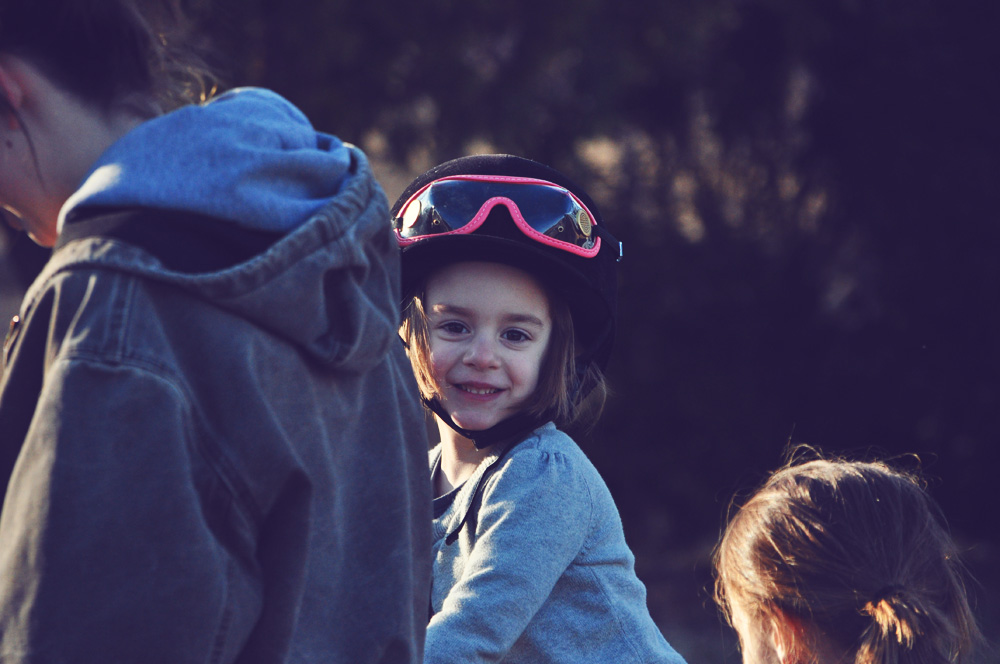 Just as I thought, they were stunned to silence. No tears of joy. No squeals of excitement. Just mouths open, eyes unbelieving. But as the dust settled on what had just happened, the joy was pretty evident. 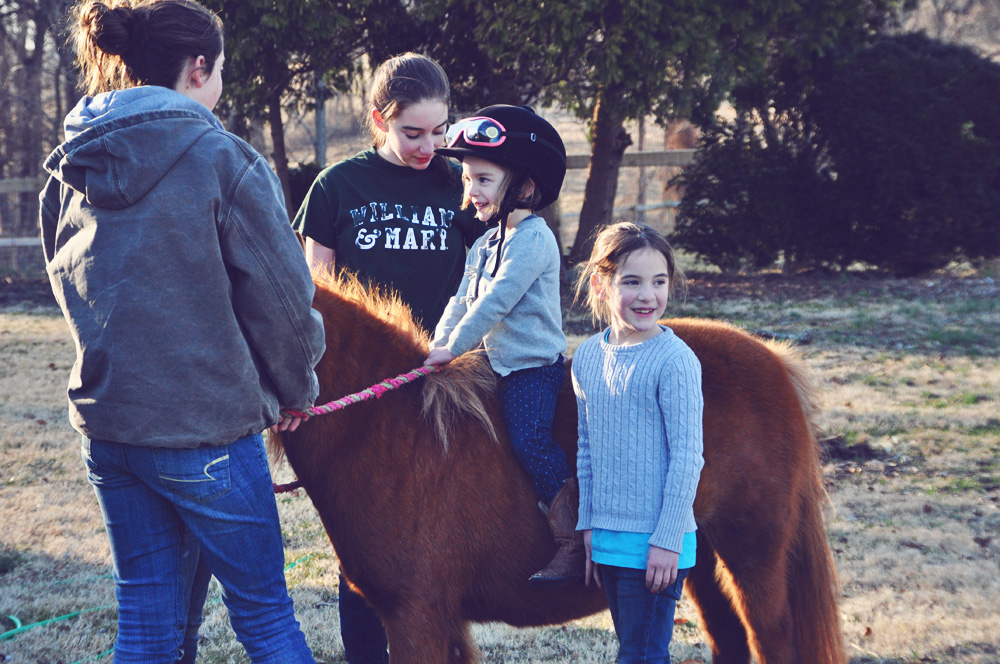 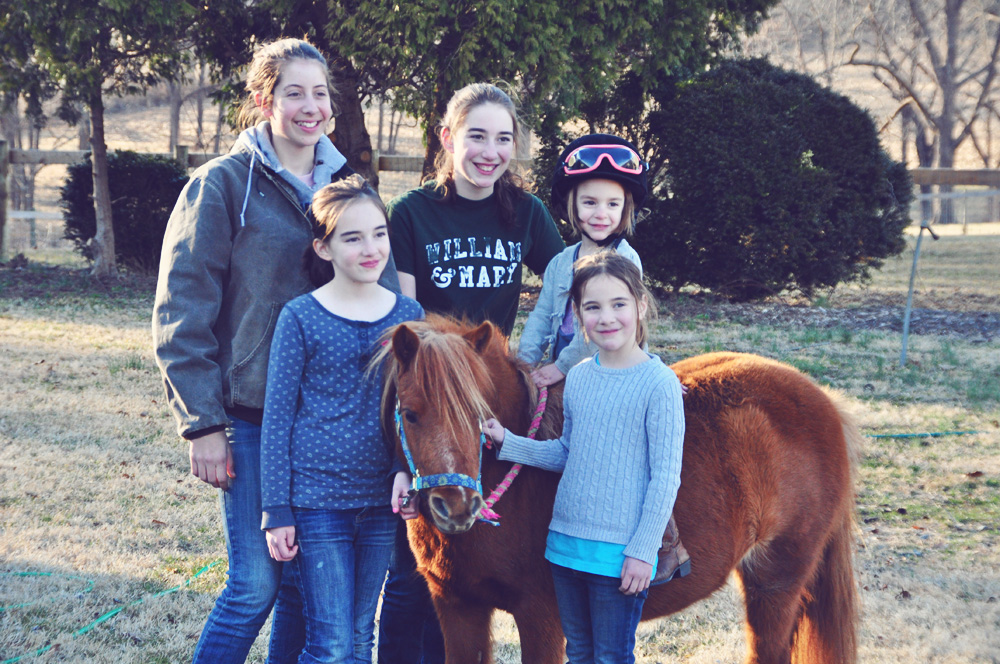 Seriously, there’s not much better than this on your birthday.

The next morning, as I was carrying Birdy downstairs for breakfast, we stopped at the window at the landing, which gave us a perfect view of the red pony grazing in the field. Tinkerbell, is her name. And Birdy leaned in to me and whispered, “I’m so happy Tinkerbell gets to live with me.“

Happy birthday, Birdy. And PS. I’ll probably never be able to top this.